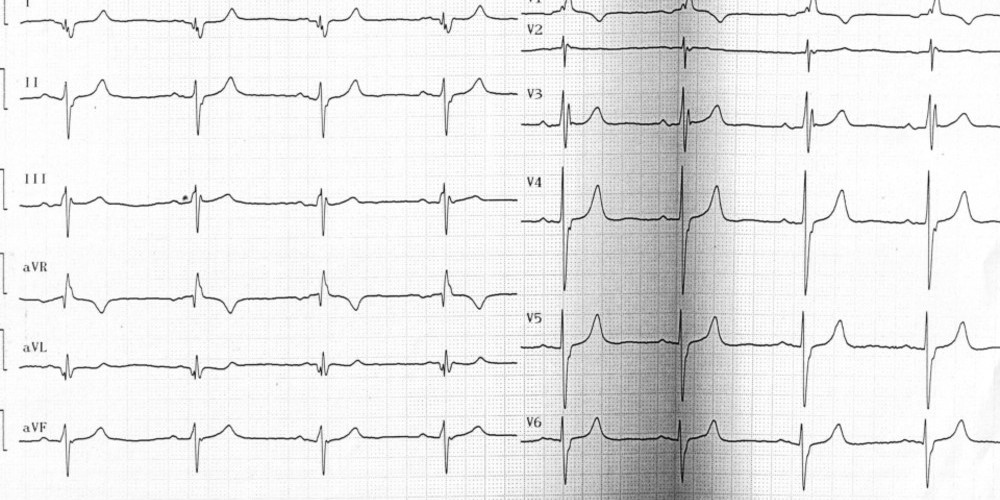 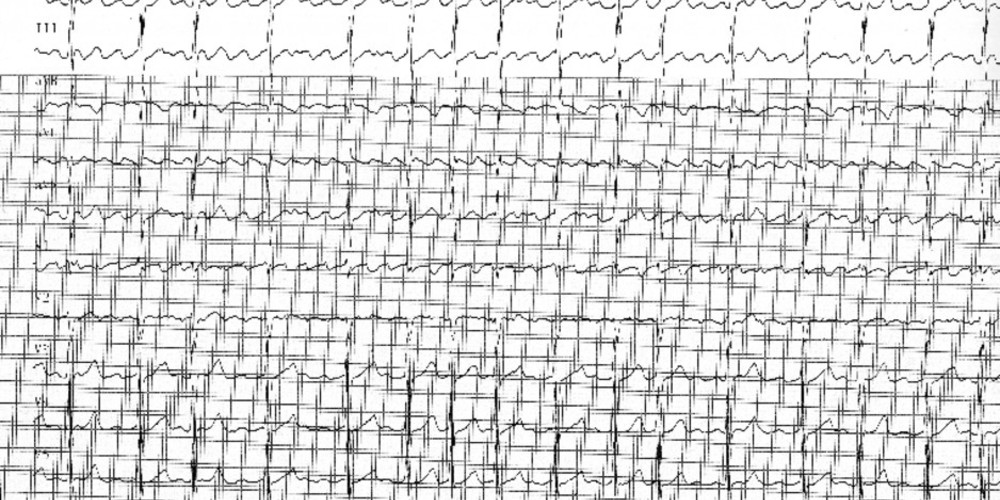 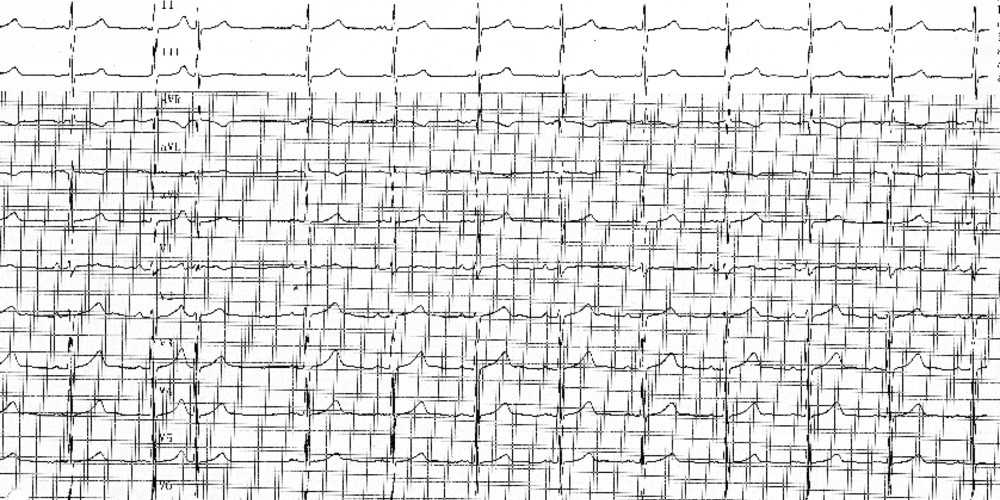 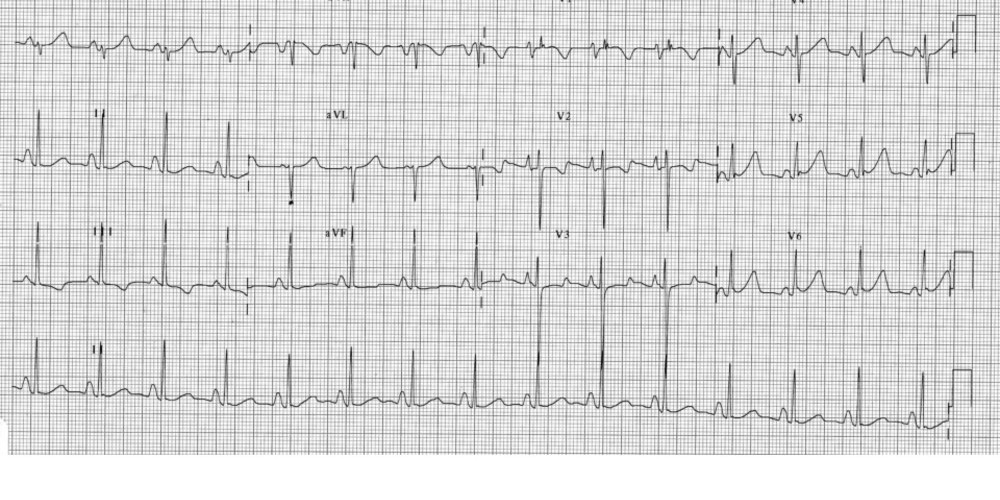 The electrocardiograms of these 3 patients (clear female predominance for this valve disease) are characteristic of a post-rheumatic mitral stenosis (the most frequent etiology). Mitral stenosis is nowadays a relatively rare valve disease with the exception of rheumatic endemic areas. The stenosis produces a diastolic obstruction impeding the flow of blood from the left atrium to the left ventricle and causes hypertension upstream of the mitral orifice. Left atrial hypertension leads, on the long term, to a distension of the atrial cavity followed by, depending on the degree of stenosis, pre-capillary pulmonary arterial hypertension and systolic overload of the right ventricle without left ventricular overload.

Mitral stenoses virtually always have a rheumatic etiology contributing to their remarkable anatomical unity, with electrocardiographic manifestations easily deducible from pathophysiology and varying according to the degree of stenosis. The electrocardiogram may be initially normal and subsequently show signs of left atrial enlargement (or atrial fibrillation) as a function of the course of the disease, followed by signs of right ventricular hypertrophy secondary to pulmonary hypertension.

Epigraph
The typical electrocardiographic pattern of mitral stenosis is associated with signs of left atrial enlargement (or atrial fibrillation) and signs of right ventricular hypertrophy that are indicative of pulmonary arterial hypertension. 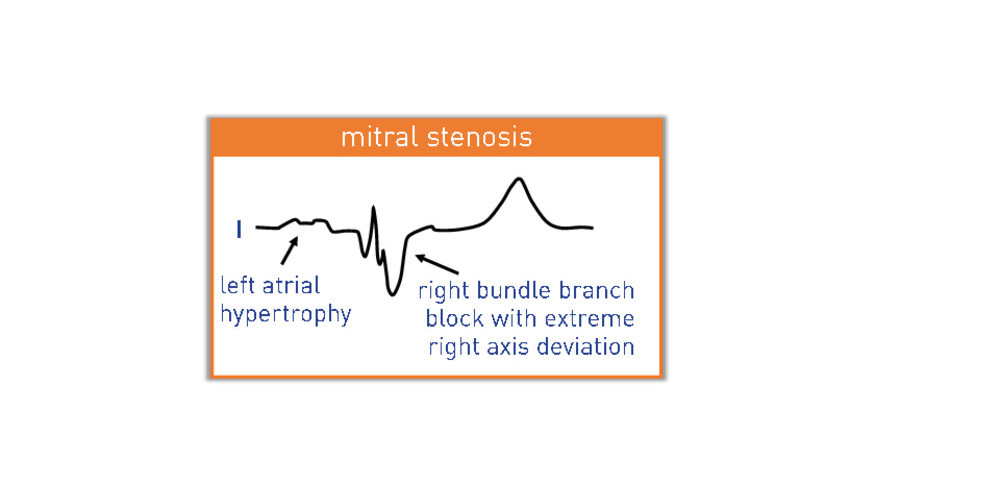