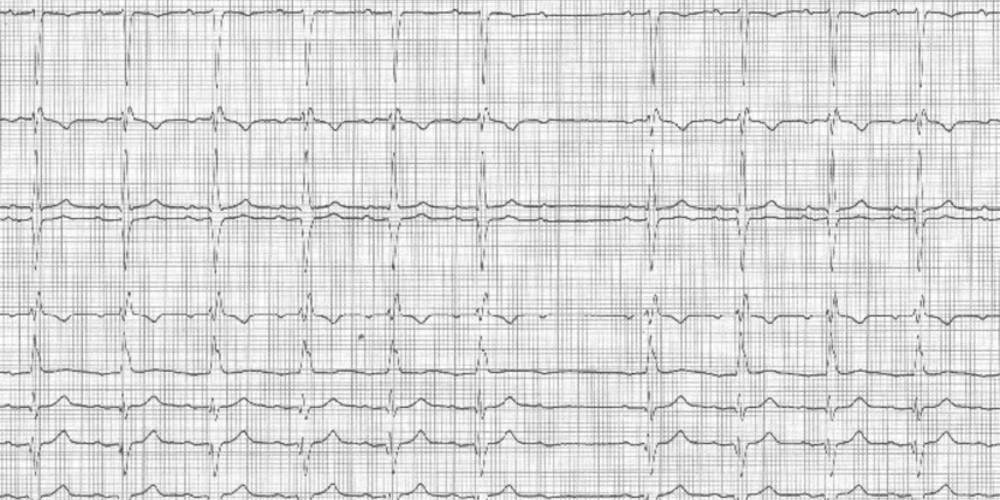 A second-degree atrioventricular block type 2 (Mobitz 2) is much rarer than type 1; blocked P waves not followed by QRS complexes occur unexpectedly without any prior prolongation of the PR interval.

- The PR interval of the conducted complexes remains constant.

- The ventricular pauses are double the duration of the normal RR interval.

- As in this patient, the ventricular complexes are most often abnormal; a normal morphology (narrow QRS) is more rarely observed.

This type of AV block II type 2 is mostly the consequence of an irreversible degenerative anatomical lesion. The recording of the bundle of His potentials shows that the origin of the intermittent blocking is typically located in the distal portion of the bundle of His or in one of the three branches, the other two being already blocked (intra- or infra-Hisian block). This explains the consistency of the PR interval before and after the blocked P wave, with conduction taking place on the all-or-nothing principle.

This type of tracing is an indisputable indication for pacemaker implantation. Indeed, the progression to a complete AV block (third degree) is frequent; moreover, because of the location of the block, potential rhythm escapes are low situated and are often slow and unstable, increasing the risk of syncope or sudden death.

Epigraph
A second-degree AV block type 2 (Mobitz 2) corresponds to the occurrence of a blocked P wave without prior modification of the PR interval (constant PR before and after the pause). This type of block is mostly the result of an irreversible degenerative anatomical lesion located in the distal part of the bundle of His or in one of the three branches, the other two being already blocked (intra- or infra-Hisian block). Even in the absence of symptoms, there is a class I indication for pacemaker implantation. 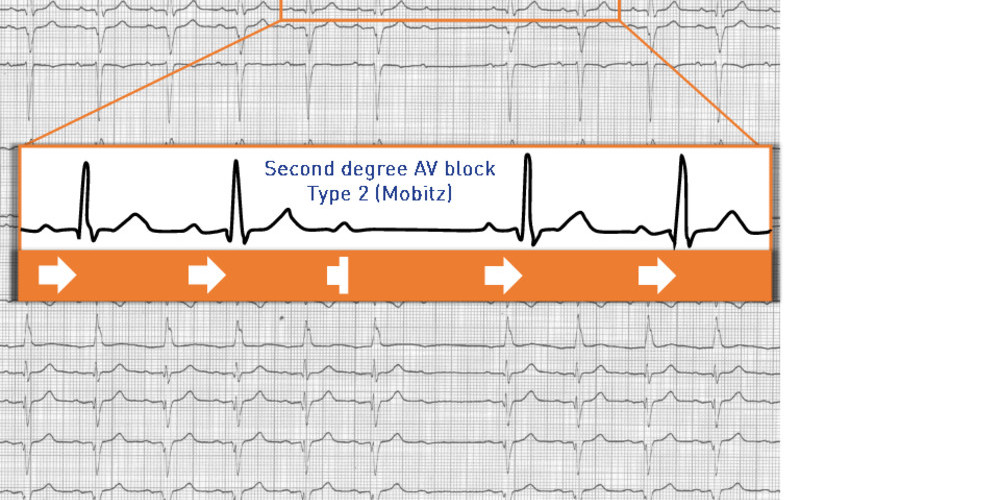