The SonR® micro-accelerometer hemodynamic sensor is enclosed in a sealed capsule at the tip of an atrial pacing lead (IS-1 compatible SonRtip lead).

The sensor measures in g (m/s2) the myocardial micro-accelerations throughout the cardiac cycle; SonR1, one of its main components, is created by the iso-volumic contraction. 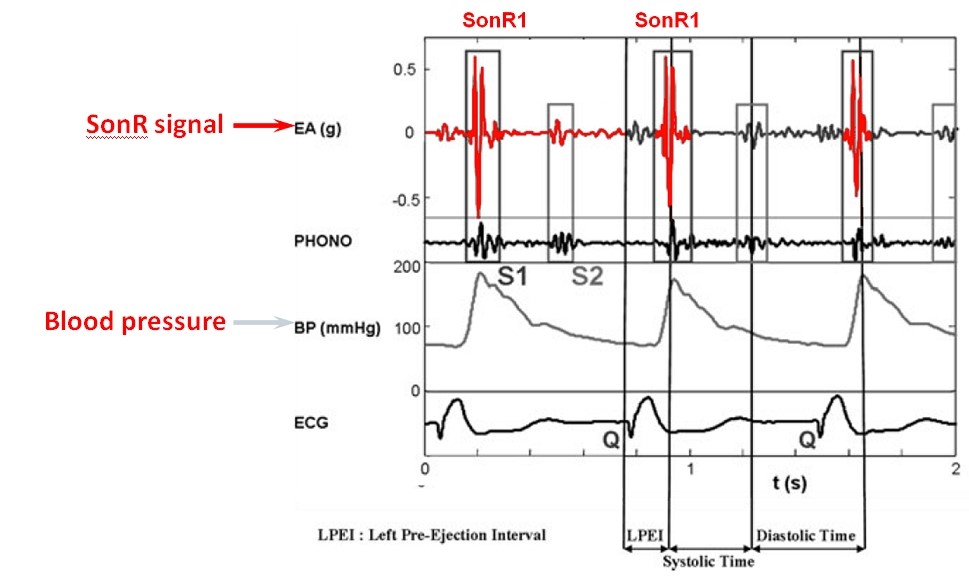 The SonR1 component of this signal corresponds to the first heart sound S1. Its variations are correlated to the variations in LV maxdP/dt. 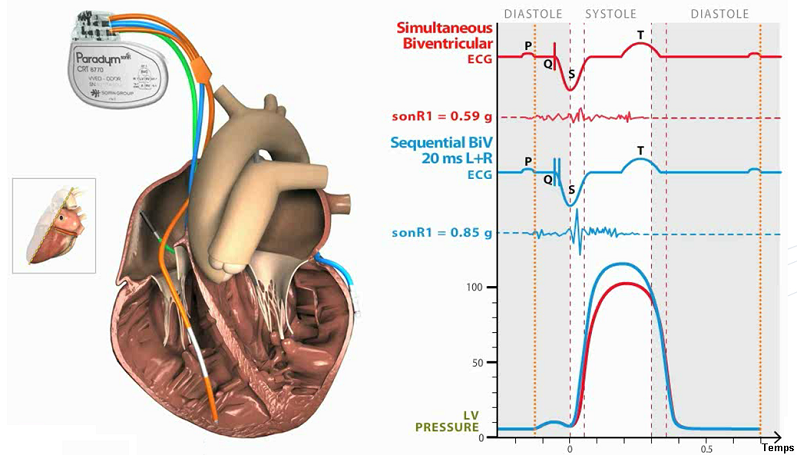 The SonR CRT-D systems digitize and analyze the SonR1 signal originating from the atrial lead. The algorithm contained in these defibrillators automatically optimizes the AV and VV delays on a weekly basis. 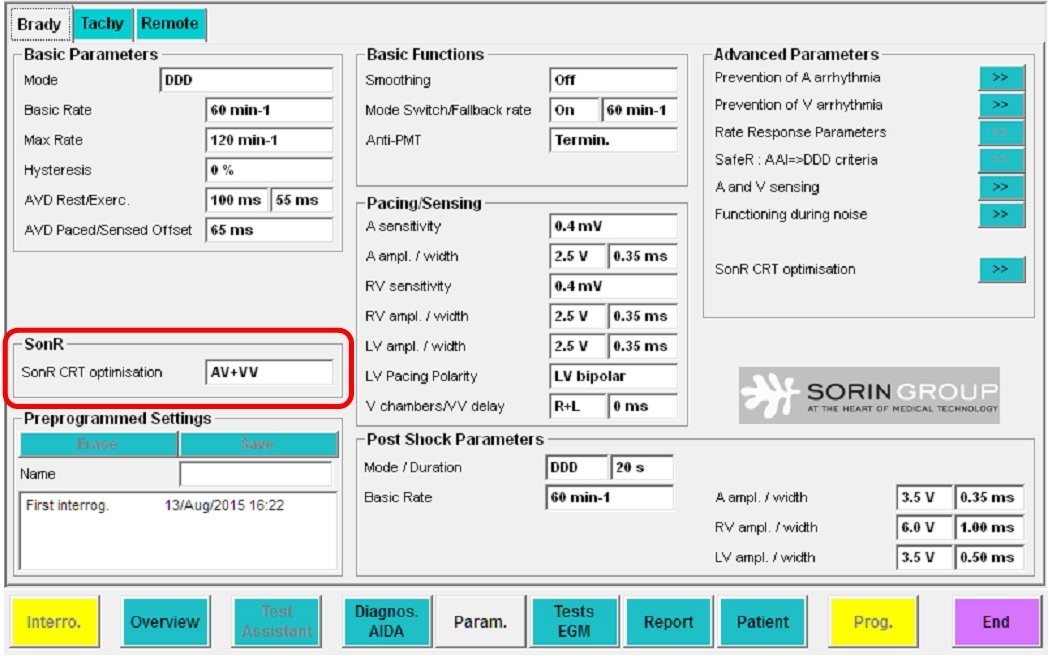 The SonR optimization, carried out in the night of Sunday to Monday, is an automatic weekly test of 69 combinations of AV/VV delays. Each combination of AV/VV delays is adjusted in a sequence of 3 adaptive cycles followed by 6 cycles to measure the SonR.

After optimization of the VV delay, 11 different AV delays, from 30 ms to spontaneous conduction minus 50 ms are tested. This test includes 11 combinations and 66 SonR measurements.

After optimization of the VV delay, 11 different AV delays, from 30 ms to spontaneous conduction minus 50 ms, are tested. This test includes 11 combinations and 66 SonR measurements.

Test of AV delay optimization during exercise: from Monday at 12:00h:

Condition of implementation of AV delays or optimized VV delays:

The variation in AV delay is systematically limited to 20 ms. The ranges are:

Tests of AV/ VV delays optimization can also be performed during the patient follow-up, including with the LV only configuration. 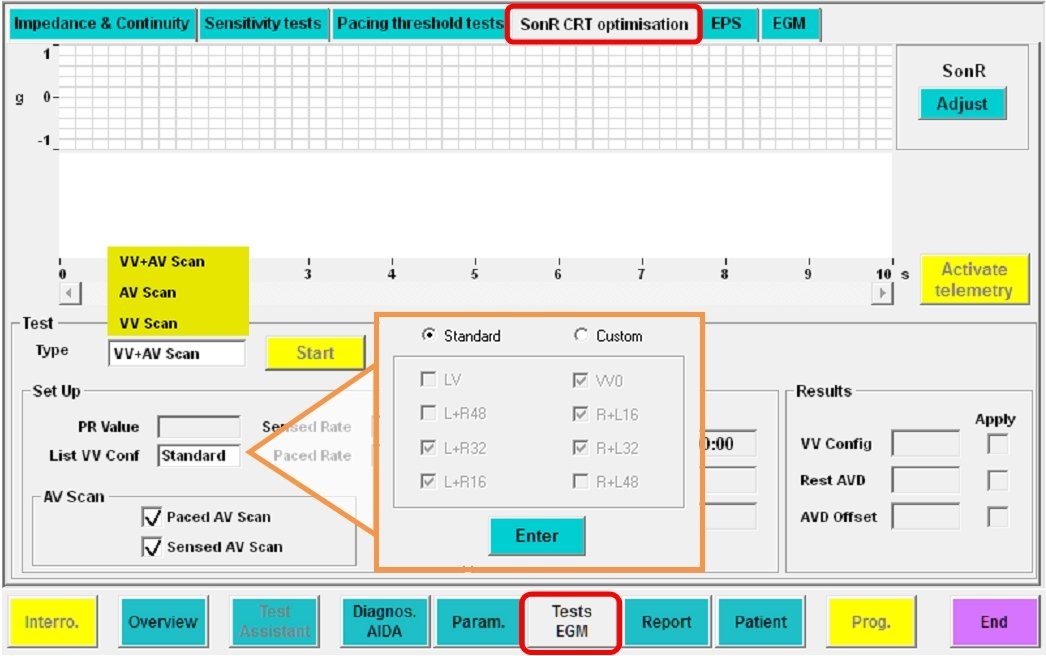 The average amplitude of the SonR signal and the adaptation of the AV and VV delays optimized weekly are available in the memories of the SonR CRT-D. 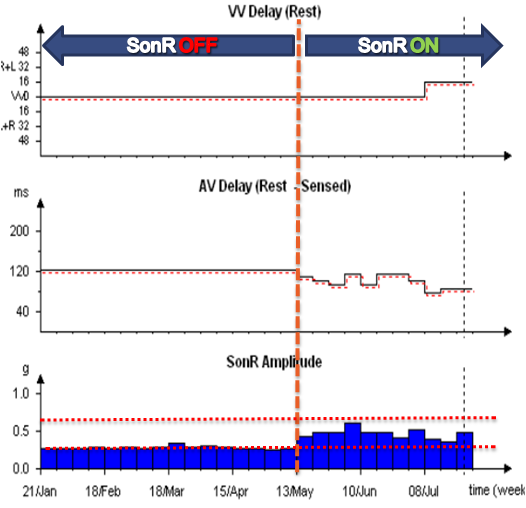 The SonR signal is also recorded during episodes of tachyarrhythmia in order to examine the immediate changes in cardiac contractility and evaluate the hemodynamic tolerance of an arrhythmia. 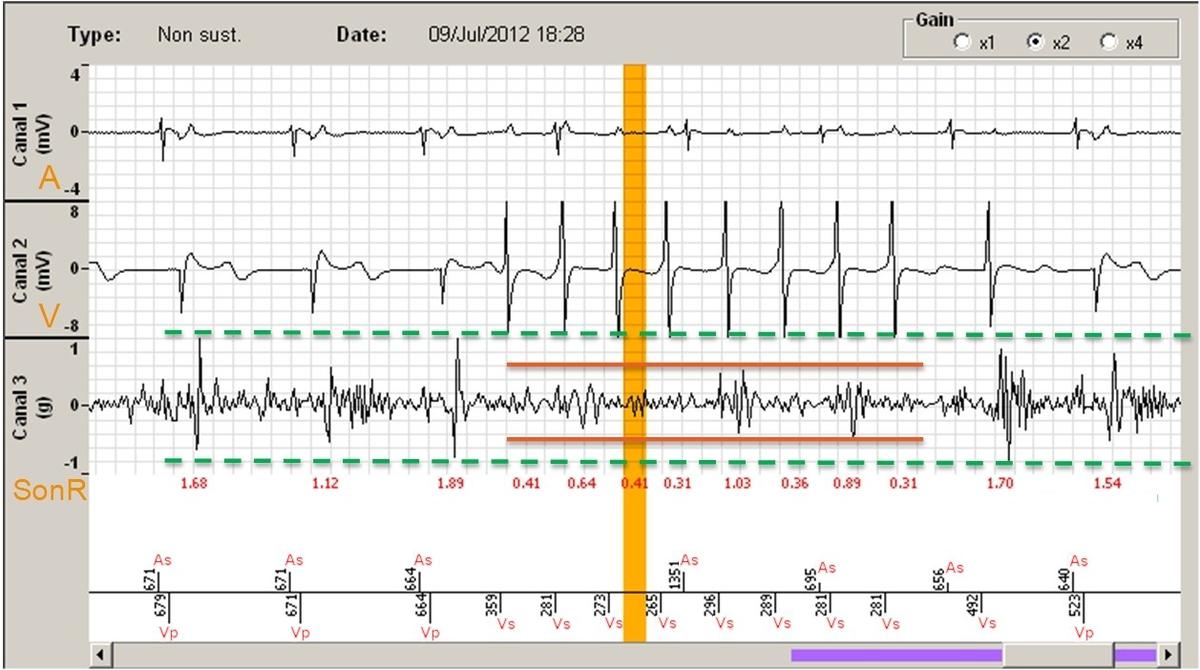 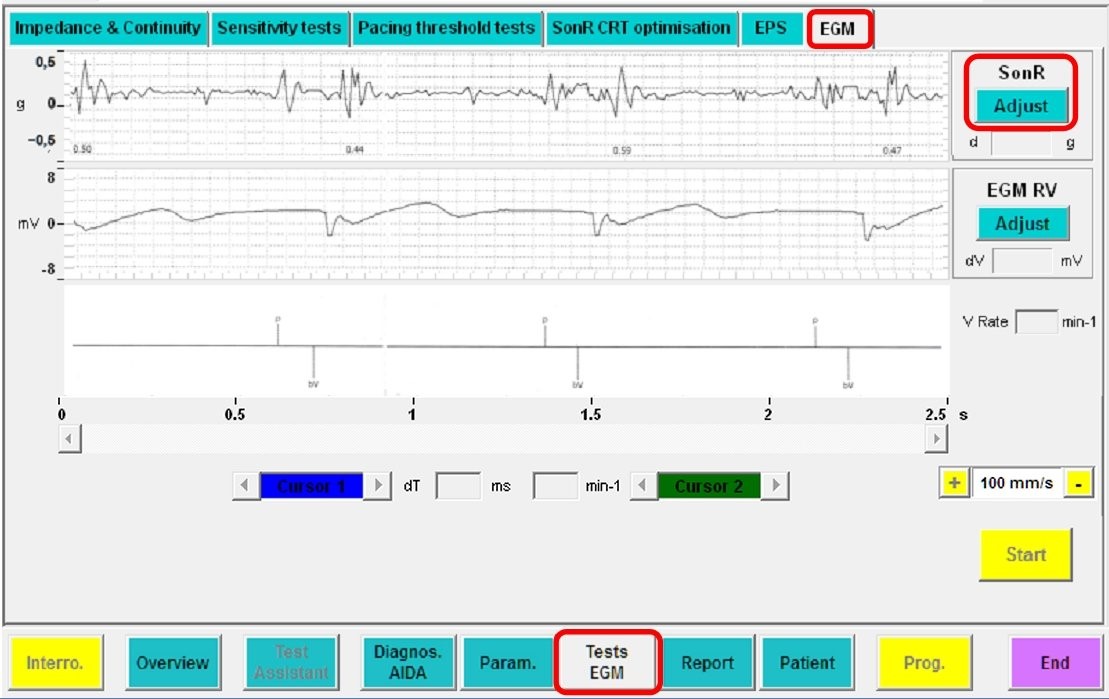