Lead fracture and multiple charges of the capacitors

This 73-year-old man underwent implantation of a dual chamber defibrillator 8 years earlier, for secondary prevention of sustained VT in the context of ischemic cardiomyopathy. He underwent replacement of the pulse generator and implantation of a Boston Science Teligen defibrillator. Multiples episodes of VT and non-sustained VF, requiring 1 or 2 sequences of ATP, were observed during a routine ambulatory visit. 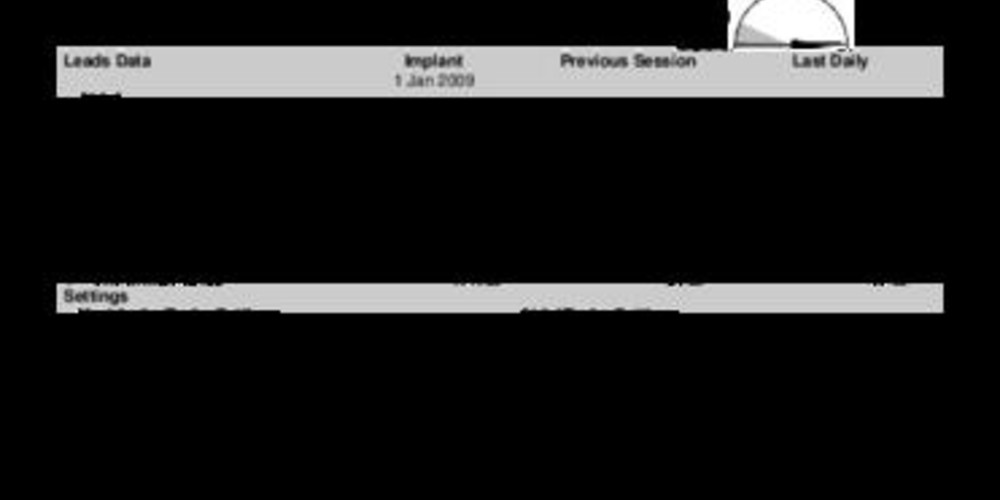 The graph suggests a lead dysfunction with presence of a cloud of ventricular events inconsistent with a ventricular arrhythmia.

The association of an abnormal impedance and a tracing showing intermittently short and disorganized cycles of variable amplitude, was highly suggestive of lead dysfunction. The graph also showed a characteristic aspect of a cloud of points with very short cycles at the limit of the ventricular blanking period. In this asymptomatic patient, telemedicine enabled an early diagnosis, which could prevent the delivery of inappropriate therapies. Likewise, an early diagnosis may prevent a succession of inappropriate charges, which, even when aborted, consume energy and can markedly shorten the lifespan of the device. A particular motion of the arm or shoulder can reproduce oversensing. A low impedance value suggests an insulation breakdown, while a higher value suggests a rupture of the lead conductor. It is important to detect sudden variations in the impedance curves, even when their values remain within normal limits.

Starting in July 2011, the impedance curve of atrial pacing showed a clear increase and several >2,000 Ohms measurements. While the RV shock impedance remained relatively stable. However, several measurements <200 Ohms were observed during the month of July.

Sequence of events since the last interrogation

The review of the sequence of events revealed the presence of multiple episodes classified in the VT zone, sometimes requiring 1 or 2 sequences of ATP. The sudden occurrence of these arrhythmias was approximately simultaneous with the recording of abnormal measurements of pacing impedance. 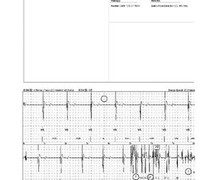 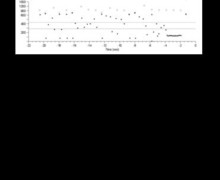 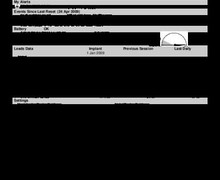 Lead fracture and multiple charges of the capacitors 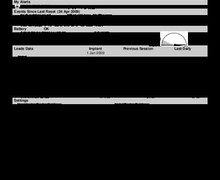