An active 71-year old woman with a history of dilated cardiomyopathy with intraventricular conduction delay was implanted with a triple-chamber Boston Scientific Incepta CRT-D which registered numerous episodes of PMT. 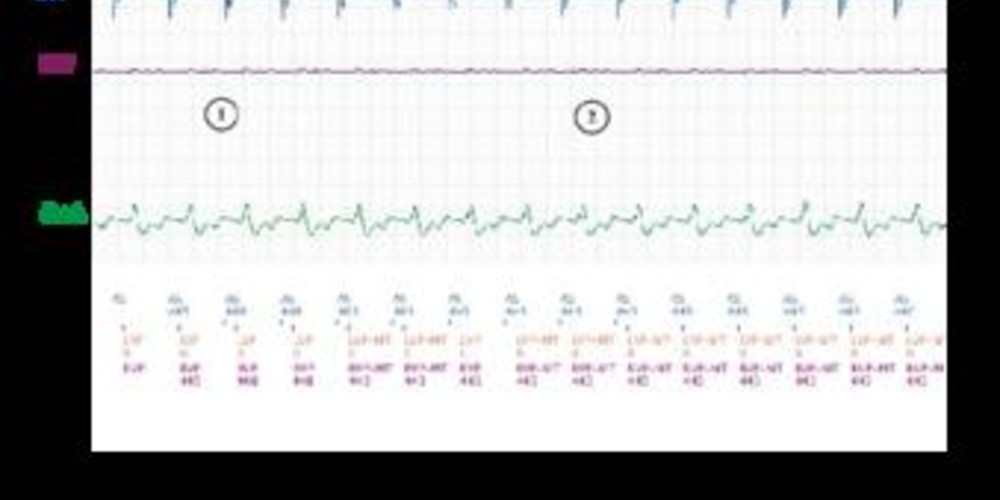 This EGM illustrated a certain number of specificities of Boston Scientific devices. The episodes labeled as PMT are recorded into the memory and it is possible to visualize the corresponding EGMs (only possible for Boston Scientific and St. Jude Medical devices). This allows the physician to check the diagnostics. For this active, resynchronized patient, the recorded episode “PMT” corresponds with an exercise-induced sinus tachycardia. The algorithms for diagnosing and terminating the PMTs are based on the occurrence of 16 consecutive VP-AS cycles at the maximal tracking rate with stable VP-AS intervals followed by the increase of the PVARP to 500 ms during a single cycle. There is no confirmation phase (e.g. interrogation of the sensor to establish the degree of physical exercise or modification of the AV interval to verify the existence of a stable retrograde conduction) to differentiate between PMT and sinoatrial tachycardia. The number of 16 required cycles is higher than found in other device manufacturers (8 cycles in the four other manufacturers); the diagnosis of PMT requires a relatively prolonged and stable tachycardia at the maximal tracking rate. The typical profile of a sinoatrial tachycardia commonly corresponds with successions of progressive acceleration and deceleration with a small probability of exactly following the maximal tracking rate. The interrogation of device memories however frequently reveals sinus tachycardia misdiagnosed as PMT which leads to the occurrence of non-conducted P-waves every 16 cycles. Since only a single atrial activity is blocked, these episodes are rarely symptomatic.

In this patient, the loss of biventricular pacing continues beyond this blocked atrial activity since intrinsic PR-time is long and the PVARP is too long for the heart rate. It is possible to program a dynamic PVARP with a relatively short value during maximal exercise since the risk of developing PMT during these situations is low (however not non-existent) in this patient without retrograde conduction during the out-patient visit (it is possible to imagine that retrograde conduction is in fact possible during special conditions such as exercise).

The atrial-tracking algorithm (function explained in the chapter on basic parameters) has also been specifically designed to address this type of problem (succession of intrinsic ventricular cycles, with atrial activity detected in the PVARP). Programming this in this patient with long PR seems appropriate. 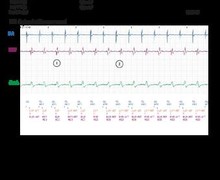 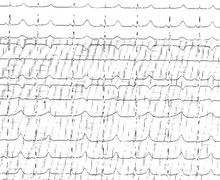 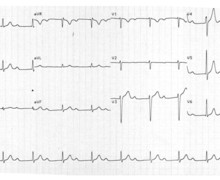 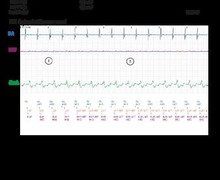