Double counting of the R wave and T wave oversensing

A 57-year-old man suffering from ischemic cardiomyopathy and old anterior myocardial infarction, received a single chamber ICD. On a routine follow-up, multiple charges of the capacitors were found without shock delivery. 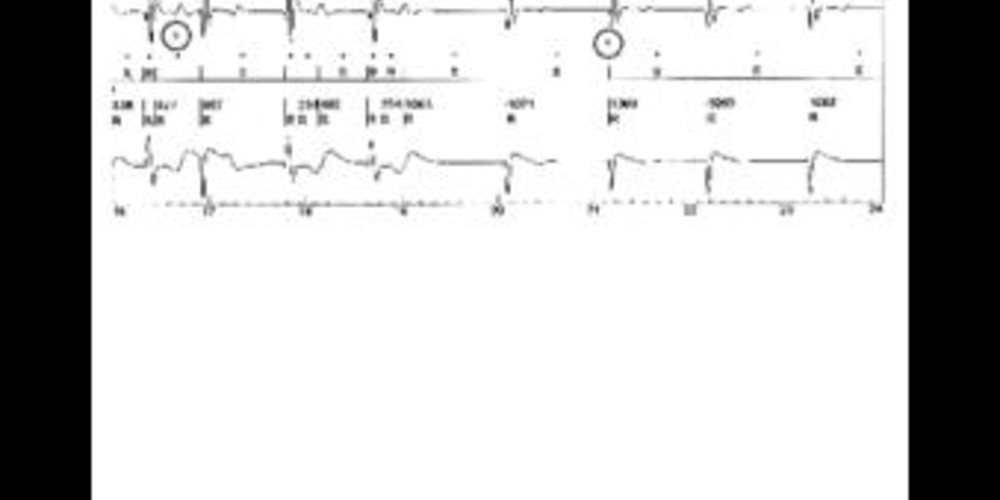 1: Spontaneous rhythm;
2: Probable VT with sudden onset and change in the ventricular EGM morphology visible on the ventricular sensing channel (above the markers) and on the shock channel (below the markers). The R wave was double counted and the T wave was oversensed (F). The morphology of each F classified event is different from the normal reference (X and concordance index = 0). However, since the events were in the VF zone, the discriminators (e.g. morphology) were not applied;
3: Detection of VF episode and charge of the capacitors (asterisks);
4: Return of slow rhythm without oversensing and end of episode (5 ventricular cycles were outside of the VT and VF zones).

This patient presented with multiple, very brief episodes of non-sustained monomorphic VT. Each episode caused the charge of the capacitors without shock deliveries. These repeated charges deplete the batteries prematurely. Remote monitoring is a valuable resource in these cases, as it enables an early detection and a prevention of inappropriate shocks. In this patient, a modest prolongation of the blanking period eliminated the double counting of the R wave during VT. One must not, however, compromise the detection of VF by excessively lengthening the post-ventricular ventricular blanking period. On the other hand, T wave oversensing could not be prevented by the usual means (sensitivity, adaptation level and delay). This patient underwent radiofrequency ablation of this very frequent non-sustained VT, which solved the problem, at least temporarily. 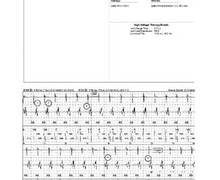 Double counting of the R wave and electrical shock 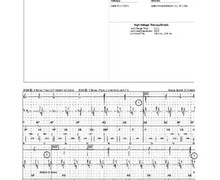 VT and double counting of the R wave 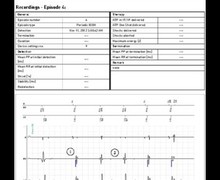 double counting of the R wave from ventricular extrasystole 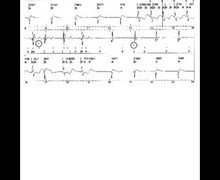