This 39-year-old woman presenting with ischemic cardiomyopathy and old myocardial infarction received a Boston Science Teligen dual chamber defibrillator for secondary prevention of VT at rates between 130 and 140 bpm. She suffered an electrical storm with multiples episodes of VT treated with ≥1 sequence(s) of ATP. 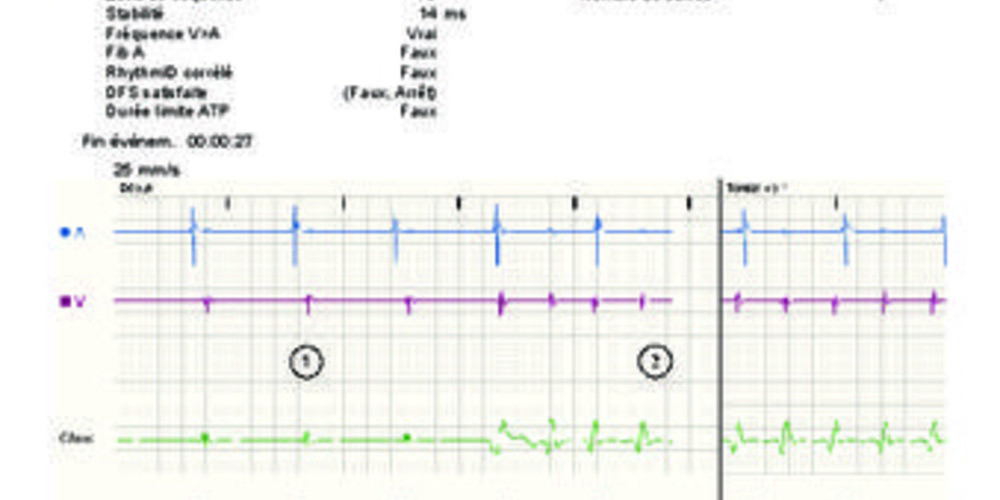 Episode of VT (discrimination V>A) at 140 bpm, treated with a single sequence of ATP.

Second episode on the same day, requiring 2 bursts of ATP.

Further similar episode, on the same day, requiring 6 then 3 bursts of ATP.

This tracing shows, once again, the value of ATP as a means of sparing the batteries of the device and preserving the patient’s quality of life. This patient had developed multiples episodes of VT that were successfully treated with a single or several pacing sequences. A first series of 6 bursts was programmed, followed by a series of ramps. The latter is not a systematic choice in this range of rates, given the risk of acceleration to a rapid polymorphic tachycardia by the more aggressive ATP. In this patient, approximately 70% of the bursts of ATP were successful, while the ramps terminated the remaining 30% of attempts, avoiding thereby the delivery of electrical shocks. 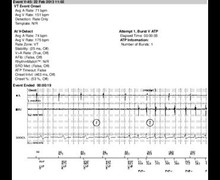 Successful burst of ATP for VT 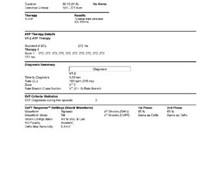 Successful burst of ATP for repetitive episodes of VT 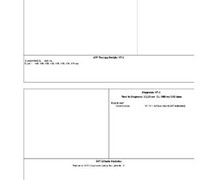 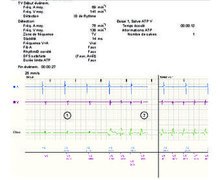