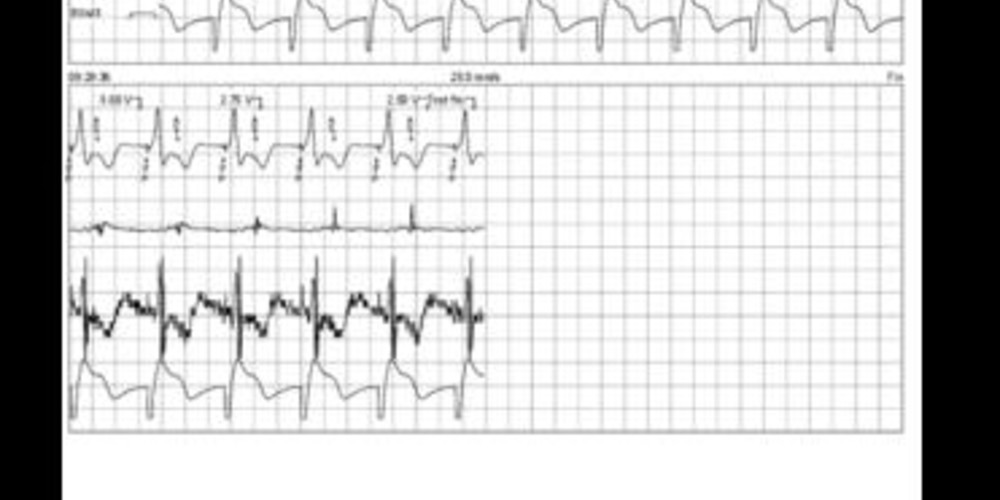 In the absence of a demonstrated hemodynamic superiority of an anodal capture configuration, in view of the very small modification of the electrocardiographic pattern and in order to minimize energy consumption, an output amplitude at 2.5 volts/0.4 ms (without anodal capture) was preferred in this patient. 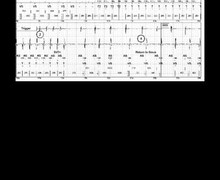 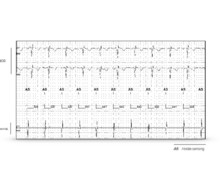 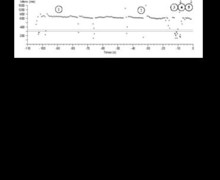 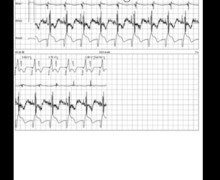