64-year-old man implanted with a triple chamber defibrillator Concerto II CRT-D for ischemic cardiomyopathy with left bundle branch block; symptomatic phrenic nerve stimulation; pacing output set at 1.5 Volts/0.4 ms with a minimal margin on the pacing threshold but with no phrenic nerve stimulation; follow-up by remote monitoring; reception of an EGM tracing in the context of an Optivol alert, statistical report indicating a permanent biventricular pacing. 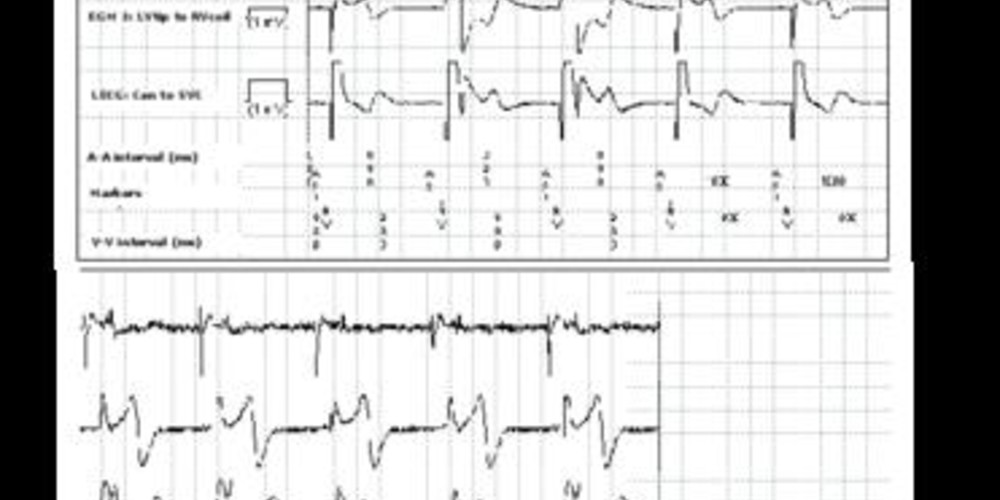 In the absence of any alert, a remote interrogation is performed every 3 months; asymptomatic patient;

This tracing shows one of the interests but also the difficulty of a remote follow-up by telemedicine in CRT patients. The settings for this patient were initially very accurate because they allowed an efficient and permanent left ventricular capture (moderate margin compared to the 1.25 V/0.5 ms threshold) without phrenic nerve stimulation (phrenic stimulation threshold at 2 volts/0.5 ms). The first tracing is received as part of a programmed remote interrogation where the various data from the device and an EGM trace are transmitted. A rapid analysis of the tracing did not allow making the diagnosis of loss of left ventricular intermittent capture. A few days later, the loss of capture becomes permanent and is associated with the occurrence of congestive signs and an increase in the pulmonary overload index. A second tracing is transmitted as part of the Optivol alert. Analysis of this second tracing shows the loss of left ventricular capture in spite of permanent biventricular pacing. This patient was reconvened prior to the occurrence of more severe symptoms and underwent a temporary increase in his oral diuretic treatment. The LV threshold tests confirmed the diagnosis. A modification of the left ventricular pacing configuration allowed recovery of an effective capture without phrenic stimulation with normalization of thoracic impedance.

This case illustrates the value of an early diagnosis of ventricular pacing failure in order to avoid hospitalization that may have occurred. It also illustrates the importance of performing a thorough, detailed analysis of the transmitted information. 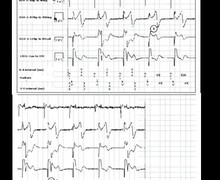