This 57-year-old, overweight man, suffering from ischemic cardiomyopathy with a 25% left ventricular ejection fraction underwent implantation of an Atlas dual chamber ICD for primary prevention. He was on a regimen of amiodarone for paroxysmal AF. He presented after suffering a 1-h episode of chest pain, followed by prolonged syncope and, according to his wife, several body jolts consistent with the delivery of electrical shocks. 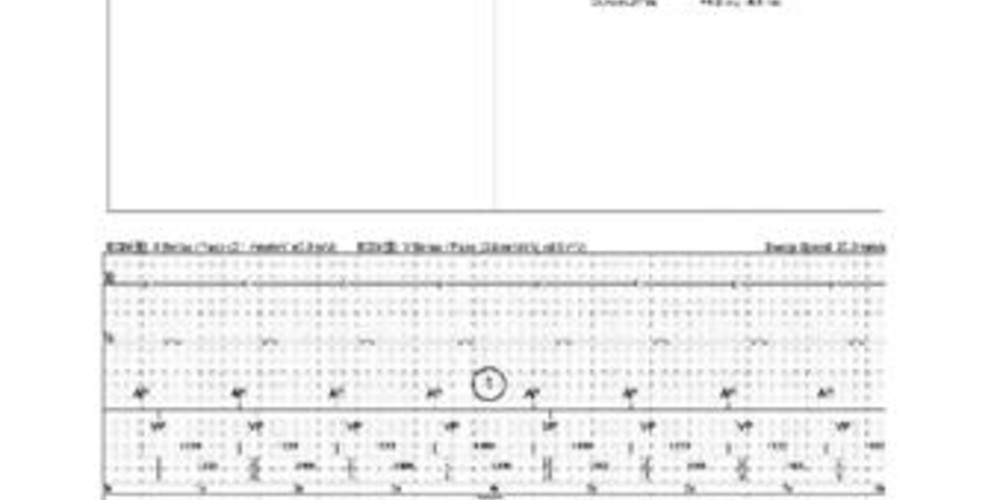 This arrhythmic event is extremely worrisome inasmuch as it was not terminated before the full-strength 6th shock, the last available therapy. In Abbott ICDs, the number of shocks for a single arrhythmic episode is limited to 6. The likelihood of a successful shock after 6 failed attempts at maximum strength is limited. On the other hand, the number of shocks delivered inappropriately needs to be limited. This tracing underscores the non-correspondence of the defibrillation threshold to a fixed value. In this case, several maximum energy shocks were unsuccessful, while the 6th shock, of the same strength, resolved a highly troublesome situation. An electrical shock is effective when a critical myocardial mass has been depolarized, creating an intra-myocardial voltage gradient. It is ineffective when a residual amount of fibrillating myocardium persists, or when fibrillation is immediately re-induced in zones where the gradient that has been created is of limited dimension. An ineffective first shock engenders a vicious circle. In addition, a prolonged duration of VF further deteriorates the hemodynamic status, exacerbates myocardial ischemia and stretch, and lowers the likelihood of successful additional shocks.

In this patient, the safety margin was limited by the presence of factors associated with high defibrillation thresholds. While some of these factors, such as the substrate of hypertrophic cardiomyopathy and obesity can hardly be modified, others are more manageable. For instance, treatment with amiodarone could be eliminated, which would lower the threshold, though with a risk of increasing the incidence of ventricular arrhythmias.

The shocks delivered were biphasic, anodal in polarity (anode in the ventricle, cathodal pulse generator), dual-coil, and fixed-tilt. The normal shock impedance that we measured suggests that an optimization of these settings, for example the programming of a fixed pulse duration, had little chance of increasing the likelihood of successful defibrillation. In this patient, an additional coil was placed inside the coronary sinus. A shock delivered between a pair of electrodes in contact with, or in the immediate proximity of, the cardiac mass is likely to be more effective by spreading the induced electrical field over a larger volume.

The narrative disclosed the occurrence of a VF episode lasting over 1 minute, for which 6 shocks of maximum strength were delivered. The 6th shock was, therefore, the last therapy delivered for a single episode. 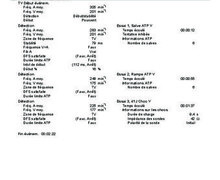 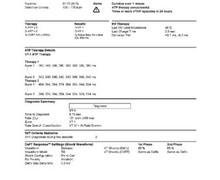 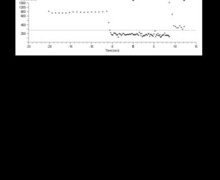 Detection of ventricular fibrillation and successful treatment by a shock 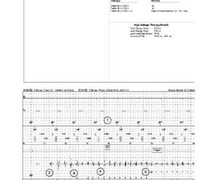