This 49-year-old man presenting with hypertrophic cardiomyopathy and chronic AFib underwent implantation of a Boston Science Incepta single chamber defibrillator after an episode of aborted sudden cardiac death. An episode of VF treated by an electrical shock was transmitted by the Latitude remote monitoring system.

The episode was classified in the VF zone and prompted a 41-J electrical shock. The polarity of the shock was “initial”, i.e. cathodal (the RV coil was the cathode for the first phase of a biphasic shock). 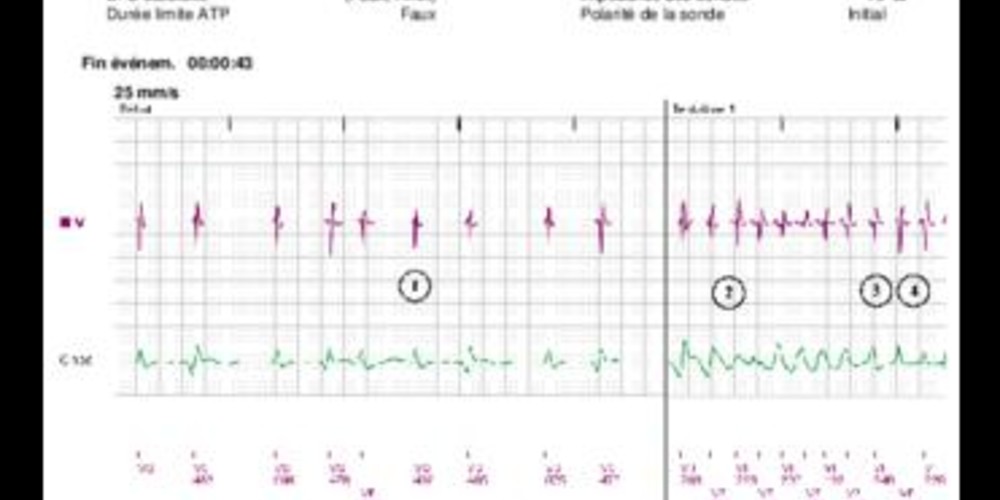 As on the preceding tracing, the arrhythmia was immediately very rapid, polymorphous and disorganized, consistent with VF. It ultimately stabilized, though remained rapid. All attempts at termination of this type of arrhythmia with ATP seemed futile, a shock remaining the therapy of choice under these circumstances. The detection was accurate and no discrimination of the origin of the arrhythmia was attempted in this rate range. The 41-J shock allowed a successful termination of the arrhythmia. Some of the shock characteristics were programmable. With a single coil lead, the shock could be delivered between the RV coil and the pulse generator or in the reverse direction, as the can was active and an integral component of the defibrillation circuit. For a biphasic shock (inversion of the current direction between the first and the second phase), the initial polarity corresponds to a shock delivered with the RV coil as the cathode (-) and the pulse generator as the anode (+) for the first phase, and in the reverse direction for the second. The reverse polarity, as its name indicates, corresponds to the reversed configuration. The 80% tilt, corresponding to the voltage at the poles where the polarity is reversed with the delivery of a biphasic shock, is not programmable with Boston defibrillators. 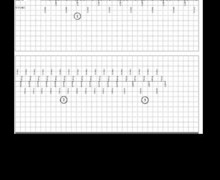 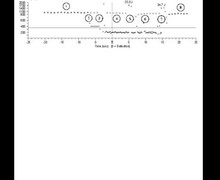 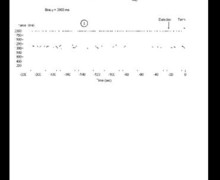 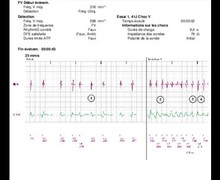