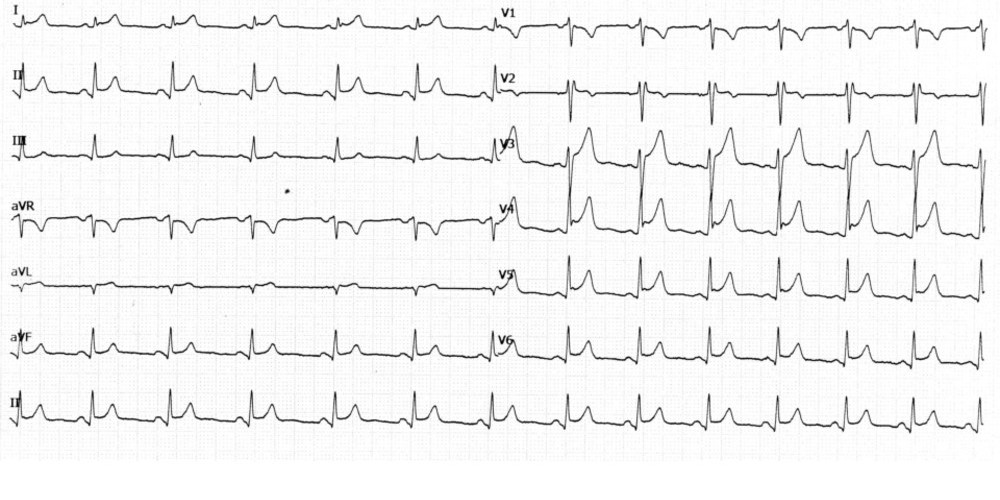 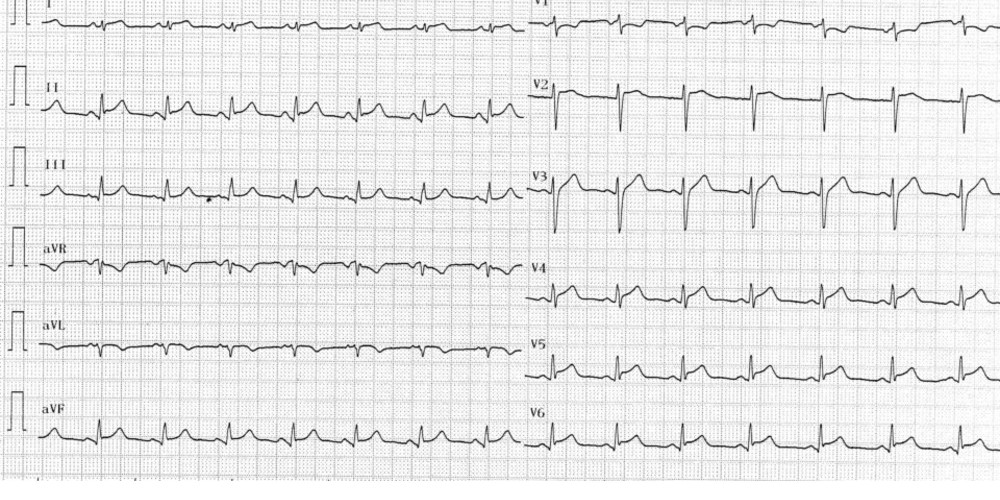 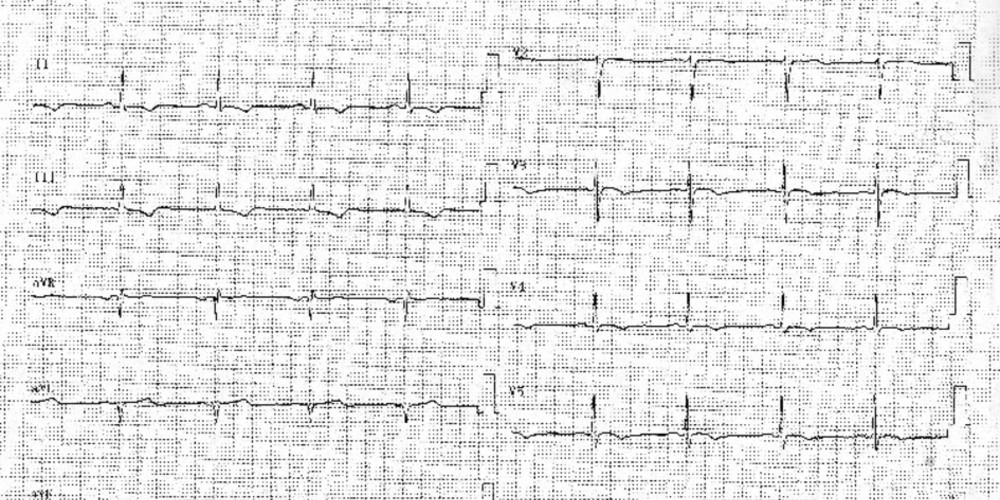 The typical electrical pattern of acute pericarditis is that of a viral, dry pericarditis or with effusion of low abundance. The electrocardiogram classically evolves into 4 stages:

This 4-phase sequence is not always respected with an incomplete electrocardiographic semiology and sometimes very discrete signs (useful to repeat the tracings for comparison purposes). The classic changes in ST-segment and T-wave are more frequently observed in purulent pericarditis forms than in viral, rheumatic or malignant pericarditis.
The modifications are generally widespread, but can be localized after pericardiotomy for example in which the elevation is more regional.

Epigraph
Even though the sequence is not always as characteristic, it is common to observe 4 phases in the evolution of electrocardiographic changes during acute pericarditis: an initial phase with diffuse ST-segment elevation (more or less associated with a PQ segment depression), a transition phase with isoelectric return and T-wave flattening, a relatively constant phase of T-wave inversion followed by a remission phase with normalization of the electrocardiogram.