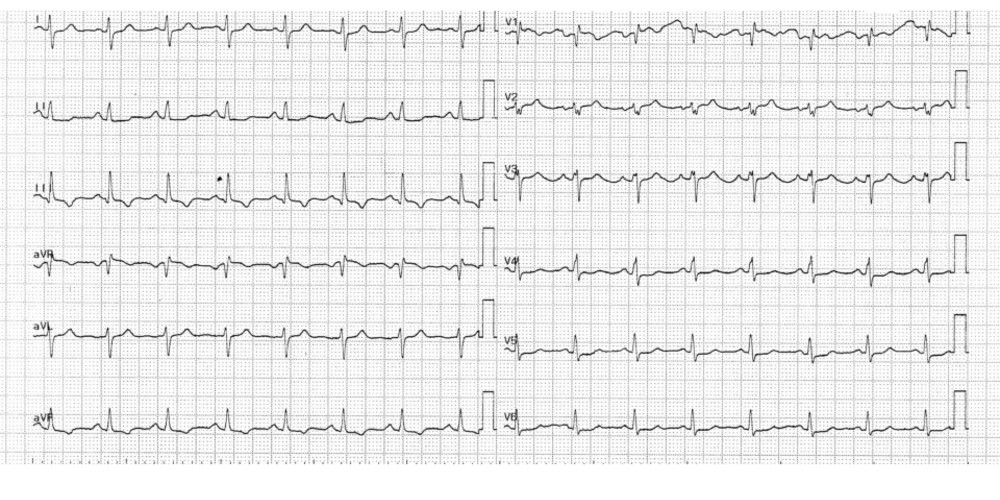 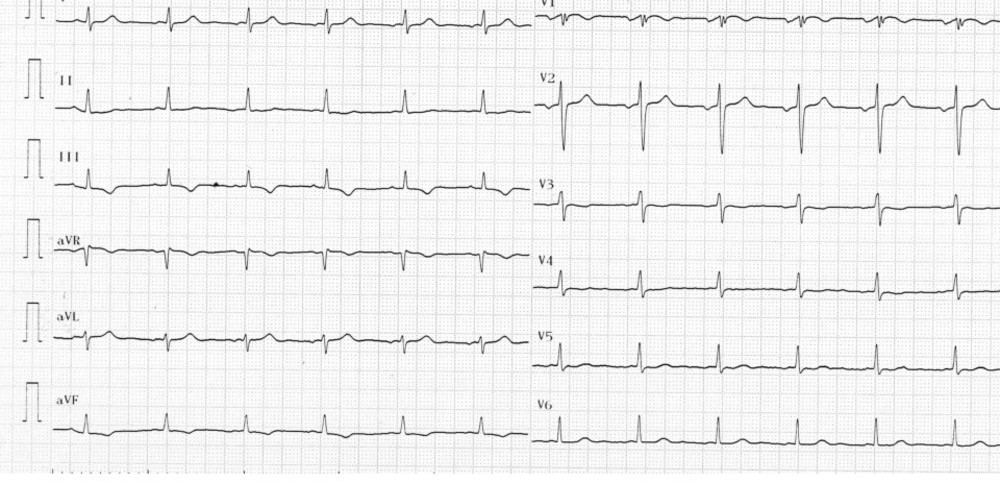 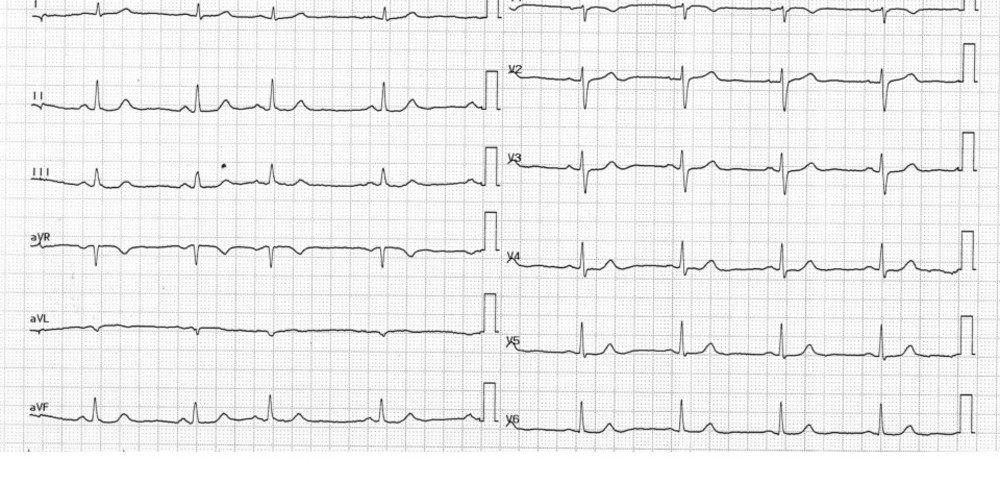 In this patient, the electrical signs observed during the pulmonary embolism are modest and rapidly evolving over time (disappearance of the S1Q3 pattern between the first and second tracing). On the other hand, the abnormalities appear more unequivocal when comparing the electrocardiogram performed upon arrival at the emergency room with the normalized ECG recorded 6 months later.

The S1Q3 pattern represents the "characteristic" electrical abnormality of pulmonary embolism and the earliest modification to be described. This pattern corresponds to the onset of a large S wave in lead I and of a Q-wave in lead III or of the patent increase in the amplitude of these previously existing waves. As observed in this patient, the negativity of the T-wave in lead III is frequently associated thus constituting the S1Q3T3 pattern. The Q-wave in lead III does not have a typical pattern of inferior necrosis, being narrow and not notched, and is furthermore isolated since most often not found in other inferior leads (leads II and aVF). This pattern reflects a right axis deviation, the right ventricle being projected more anteriorly and to the right of the left ventricle. This sign is poorly specific since it can be observed in a normal state, in a slim patient or in the various diseases associated with right ventricular overload (pulmonary arterial hypertension, COPD, emphysema) or a right bundle branch block. Its diagnostic value increases in the presence of characteristic clinical signs or other evocative electrical signs and when it appears or accentuates suddenly and disappears on subsequent tracings. The sensitivity is also very limited and its absence should not call into question the diagnosis of pulmonary embolism. This sign is most often short-lived, appears early and disappears within a few days.

Epigraph
The S1Q3 pattern is not essential for the diagnosis of pulmonary embolism and can be observed in the normal state or in many other diseases. When present, it is observed in the initial phase, only to disappear on subsequent tracings. 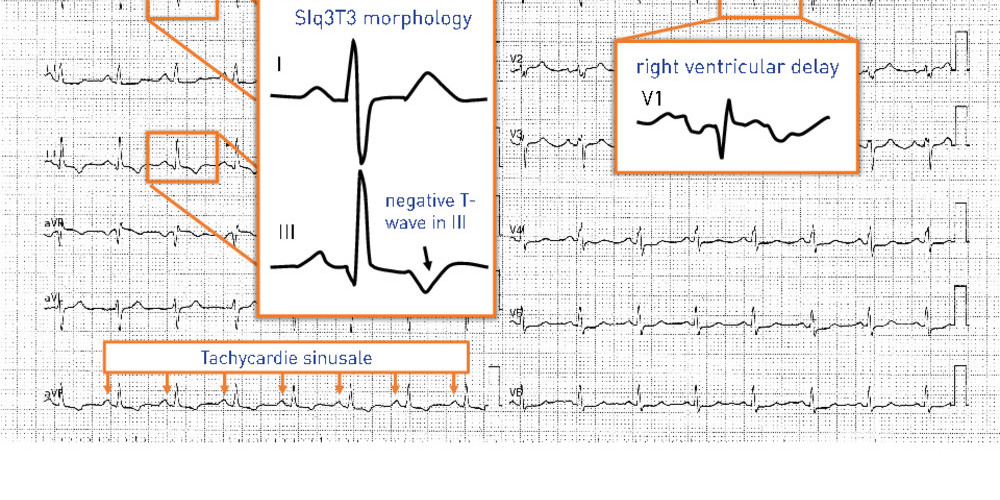 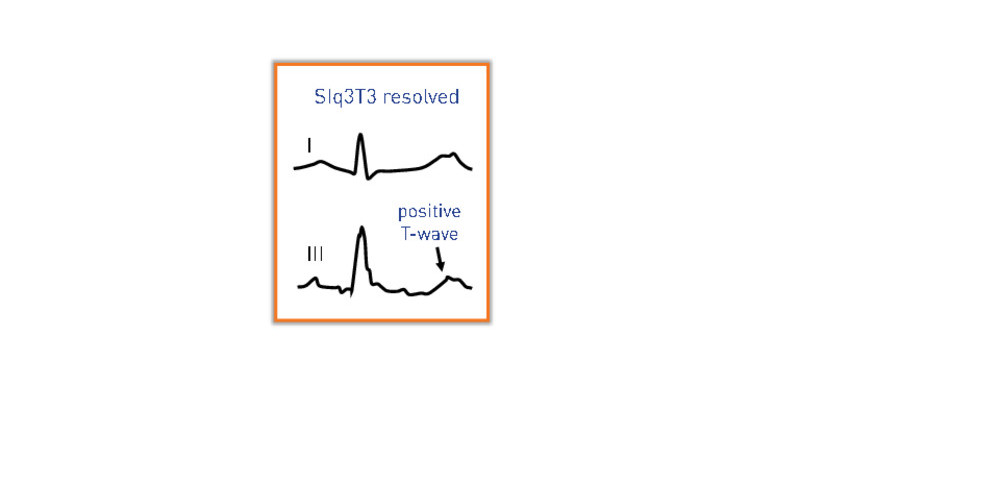