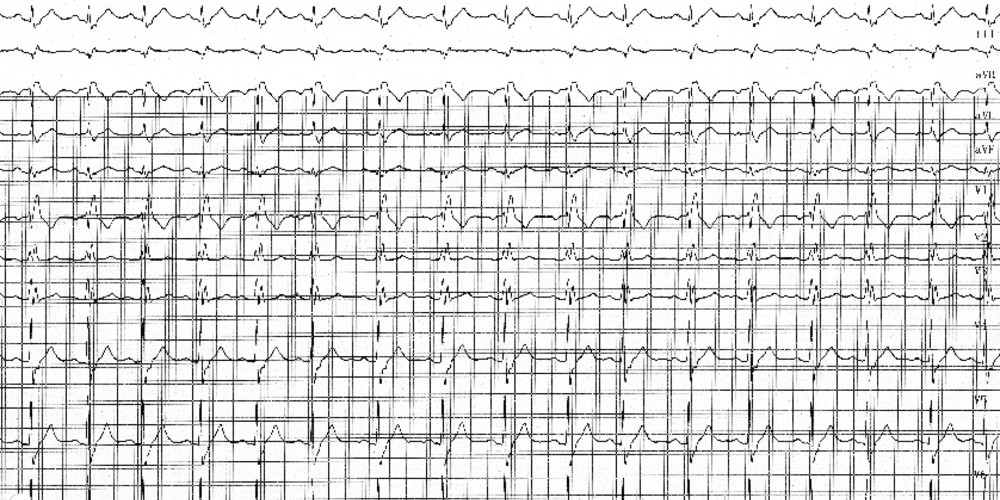 The transit through the septum via the muscle is often prolonged and contributes to the widening of the QRS. Activation of the right ventricle is therefore achieved by slow muscular conduction. This delayed activation of the right ventricle is reflected on the electrocardiogram by a positive wave in V1 (R') often of high amplitude and a negative wave in V6 (S), since there is no longer any opposition by the left ventricular electrical potentials whose activation is completed. 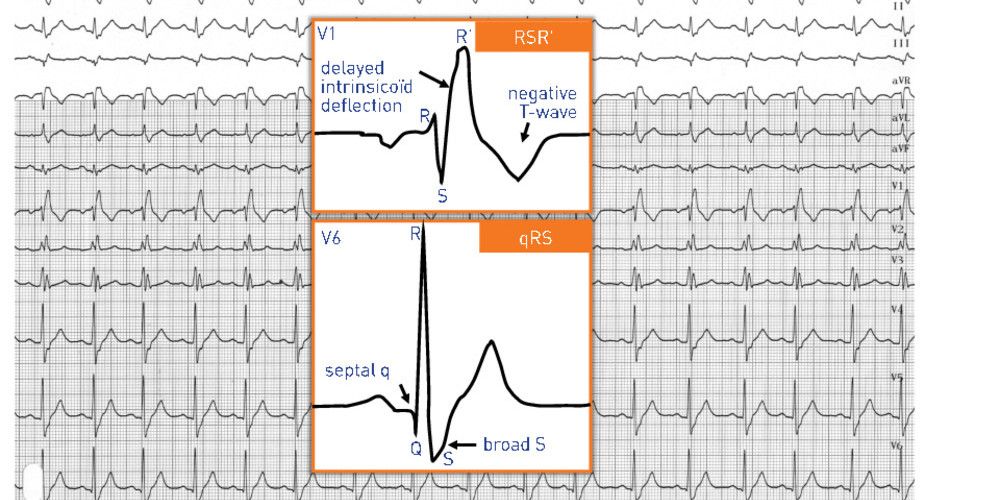