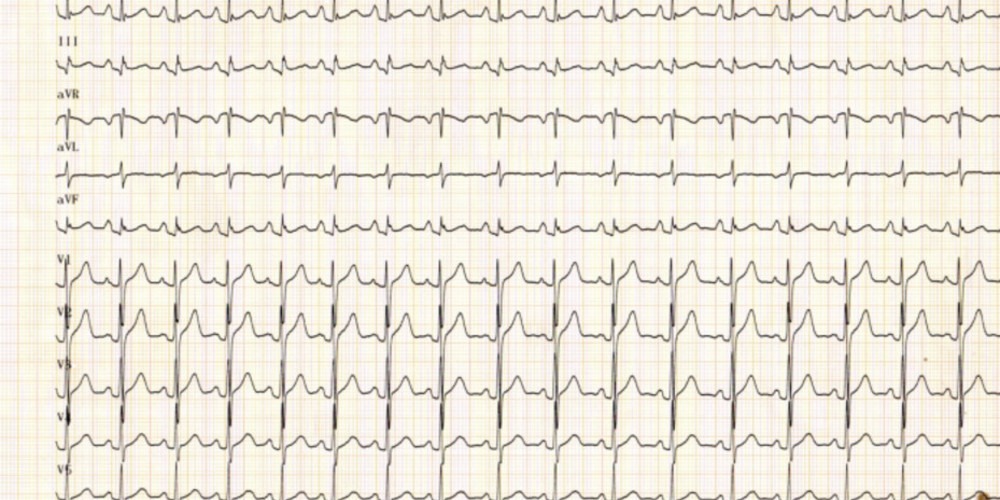 The electrical signs of right atrial enlargement in the early years of life differ very little from those observed in adults. It should be noted that the P-wave can be tall in infants and physiologically reach 2 to 2.5 mm in lead II. Similarly, the amplitude of the initial phase of the P-wave in V1 can reach 2 mm.

Epigraph
Right atrial enlargement is reflected on the ECG by an increase in the amplitude of the P-wave (> 2.5 mm in lead II) which can display a triangular pattern (peaked and narrow), a lack of prolonged P-wave duration, an exclusively positive pattern in V1 or with strong positive predominance. The diagnosis of right atrial enlargement is hence essentially based on the analysis of lead II and of V1. 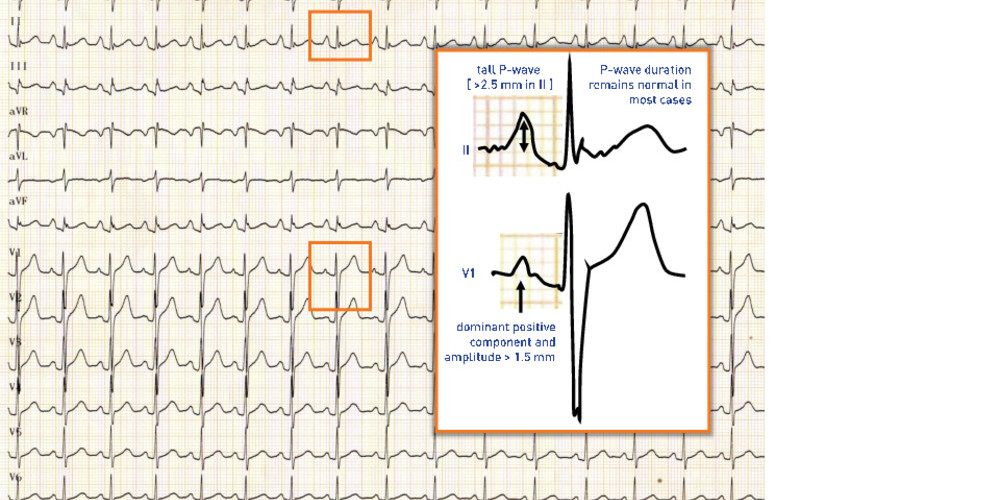