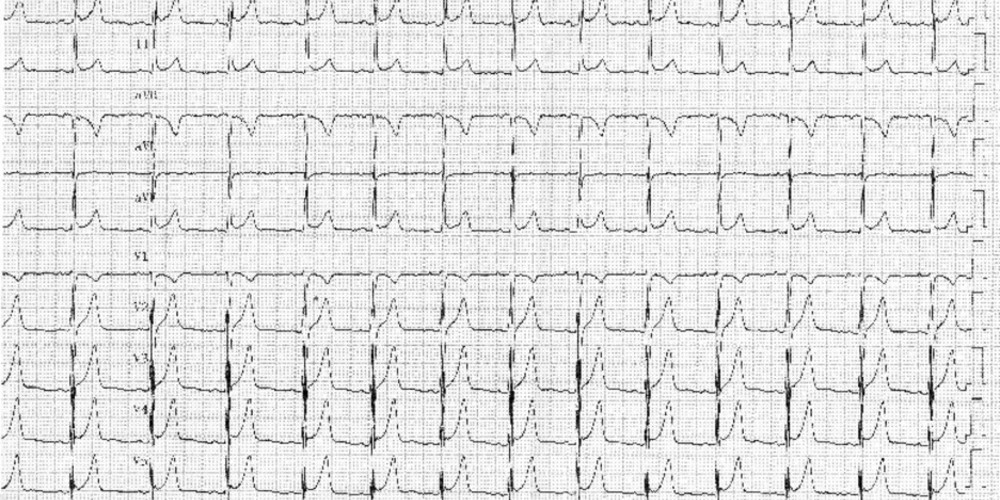 The early repolarization pattern has long been considered as a benign variant of normal observed predominantly in young, athletic, black and male patients with a tendency to disappear on exertion. It is characterized by a slurring or notching of the terminal portion of the QRS, with a rise of the J point greater or equal to 1 mm above the baseline and ST segment elevation. While the prognosis appeared unchanged, recent studies have suggested a direct relationship between this pattern and an increased risk of sudden death.

The differential diagnosis with a tracing of pericarditis can sometimes be difficult. Indeed, in both cases, a diffuse concave elevation can be observed. Elements suggestive of an early repolarization are the presence of an elevation limited to precordial leads, tall T-waves with notching or slurring of the ST segment-T-wave junction and absence of PQ segment depression. 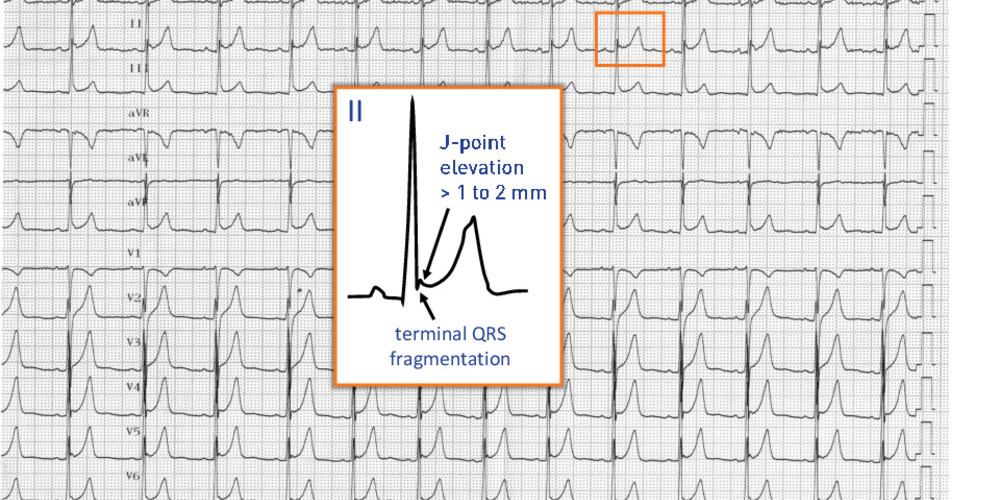 Epigraph
The discovery of an early repolarization on the ECG of an asymptomatic patient is a relatively frequent occurrence long considered benign. While an overwhelming majority of patients with this pattern do not have an increased risk of sudden death, there appears to be a higher prevalence of early repolarization among survivors of ventricular fibrillation.