Leftsided flutter in a healthy heart 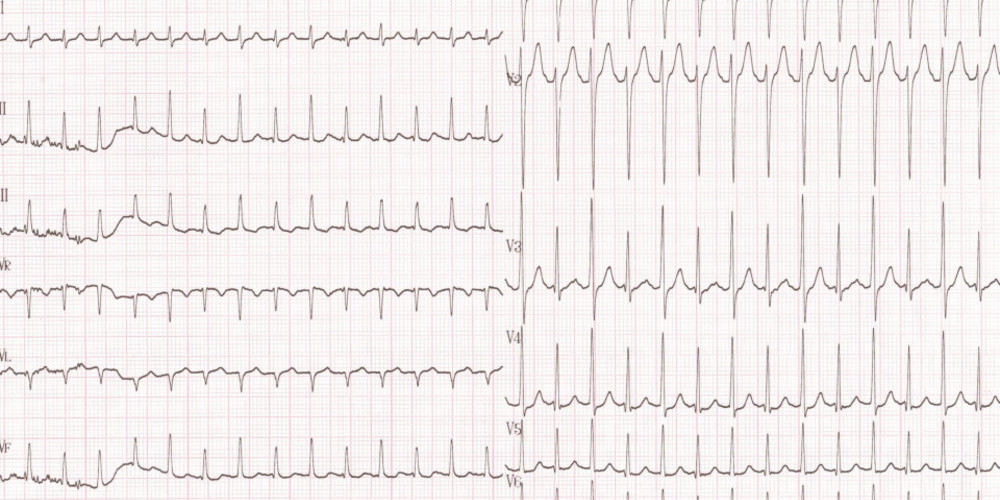 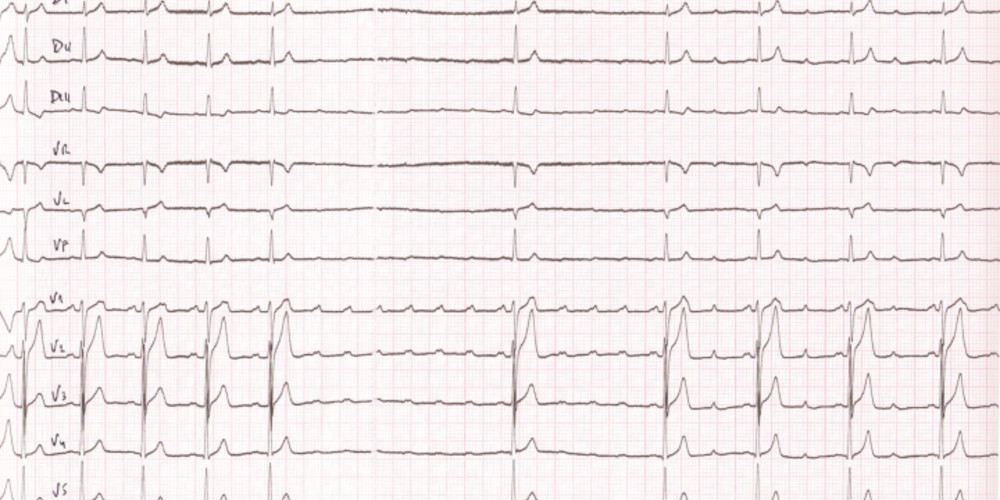 In a patient with no prior history or heart disease, the occurrence of a flutter originating from the left atrium is very rare. It is somewhat more common in patients with mitral valve disease, hypertension, systolic or diastolic heart failure or in patients who have undergone cardiac surgery involving the left atrium. An atrial fibrillation ablation procedure can also be complicated by the occurrence of this type of arrhythmia. Indeed, the ablation can be extensive in the atrial cavity with appearance of block lines and a defragmentation favoring the occurrence of reentry circuits when performing incomplete block lines; the circuits may be located around the pulmonary veins, at the septal level or around the mitral valve.

Mappings conducted in patients with this type of arrhythmia have shown the presence of a macro-reentry around slow conduction areas located in the left atrium. While the typical electrocardiographic pattern of a common flutter can very accurately predict the reentry circuit in the right atrium as well as its isthmus-dependent nature, the much more complex nature and the different localization possibilities of the left flutter do not allow an accurate electrocardiographic localization, and necessarily require invasive mapping.

The electrical manifestations produced during an atrial tachycardia originating from the left atrium are not only dependent on the left atrial activation sequence but also on the transseptal transit and the resulting right atrial activation. The "typical" electrocardiographic pattern of left flutter is therefore difficult to define insofar as several circuits are possible although there are generally 4 relatively specific characteristics: 1) the atrial activity is rapid, ectopic, regular and monomorphic; 2) the atrial depolarization wave in V1 is most often positive, with high amplitude, as on this tracing, but can be shorter or even isoelectric; 3) a positive atrial wave in V1 can correspond to a common flutter, thus representing a very unspecific sign. The third important characteristic for diagnosing this type of arrhythmia is that the characteristic pattern of common right atrial flutter is not found (sawtooth appearance in inferior leads); 4) a reentry circuit, unlike a focus, should by definition generate a continuous electrical activity. The fact that there is frequently a return to the isoelectric line between each atrial electrical activity does not, however, suggest a focal mechanism of the arrhythmia and does not call into question the diagnosis of reentrant atrial tachycardia, the circuit sometimes generating signals of very weak, unidentifiable amplitudes on the tracing.

When the circuit is located in the lateral wall of the left atrium, atrial depolarization is generally negative in leads I and aVL. The polarity in the inferior leads is dependent on the location of the circuit in the vertical plane.

Epigraph
A leftsided atrial flutter pattern (reentry in the left atrium) is reflected on the electrocardiogram by 1) the presence of a rapid, ectopic, regular and monomorphic activity, 2) the presence of an atrial, mostly positive, depolarization in V1, 3) a lack of sawtooth pattern in the inferior territory. 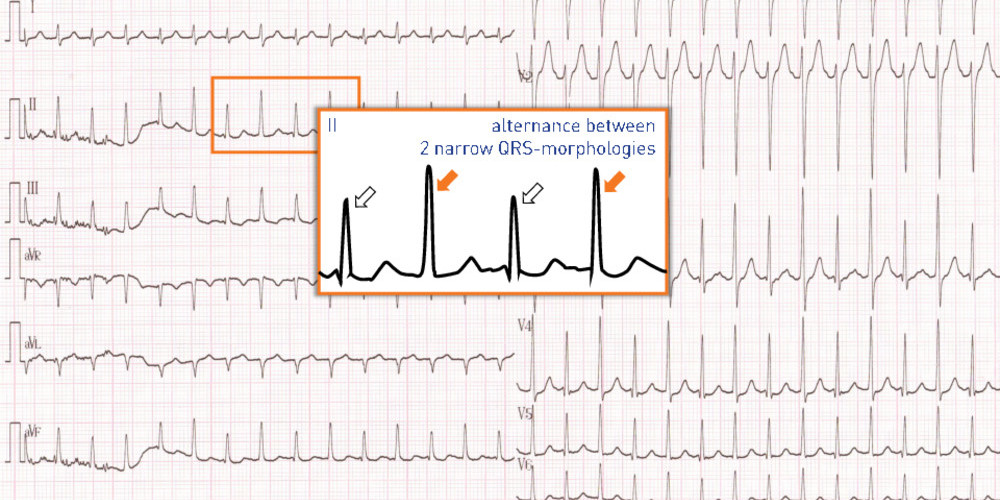 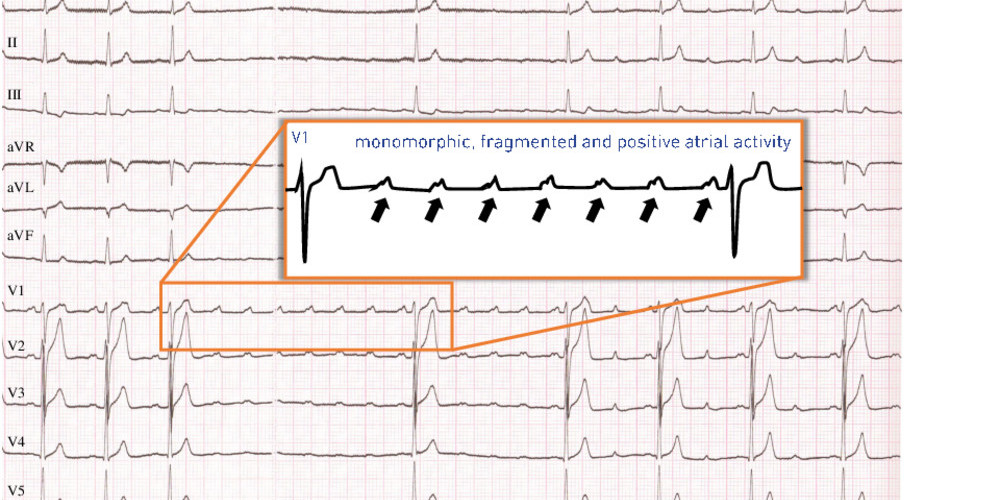