70-year-old man implanted with a triple chamber defibrillator Viva XT CRT-D for severe ischemic cardiomyopathy and left bundle branch block; good response to resynchronization therapy; two endocarditis episodes necessitated the complete removal of the system (first implanted on the left side, then on the right side); complete surgical re-implantation of a defibrillator with 2 coils, a bipolar atrial and RV lead and a bipolar LV lead; routine follow-up. 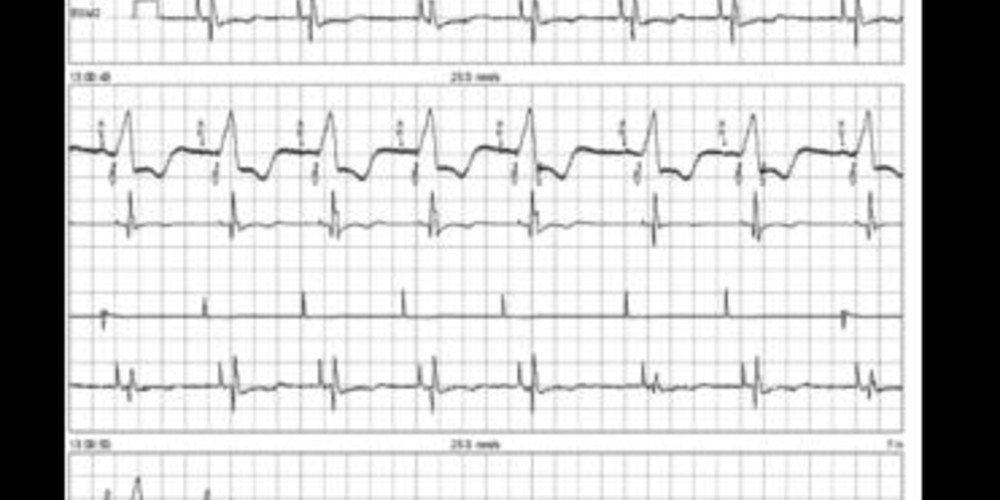 Traditionally, the loss of right ventricular capture by dislodgement or by threshold elevation is a rarer occurrence than the loss of left ventricular capture, the right lead being screwed into the endocardium and the left lead deposited at the epicardium. In this patient, the right ventricular lead was implanted surgically. The two electrodes are sewn onto the epicardium and are relatively distant, which explains the increase in threshold (epicardial thresholds often higher) but also the double QRS pattern. The thresholds are readily elevated after surgical implantation before a clear trend toward improvement during the first 3 months, a phenomenon favored by steroid elution (4968 leads). 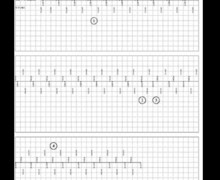 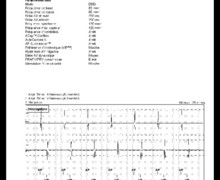 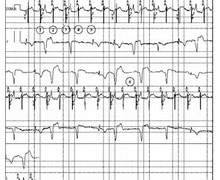 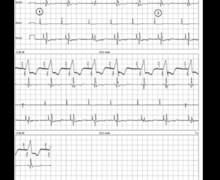