Prolonged 2/1 block after end of exercise

25-year-old patient, high-performance athlete (skiing and endurance sports), having undergone cardiac surgery (Tirone David valve surgery) as part of an aortic bicuspid condition; the intervention was complicated by the occurrence of a complete and permanent atrioventricular block; the patient underwent  implantation of a triple chamber VIVA CRT-P pacemaker by surgical epicardial access; after a 3-week rehabilitation period, he progressively resumed sports activities which was accompanied by a disabling symptomatology; in effect, the patient experienced sudden onset of dyspnea during recovery from vigorous exercise with a sensation of sudden slowing of his heart rate confirmed by his cardio-frequency meter; this slowing down of the heart rate would last from several minutes to even an hour after ending the exercise. 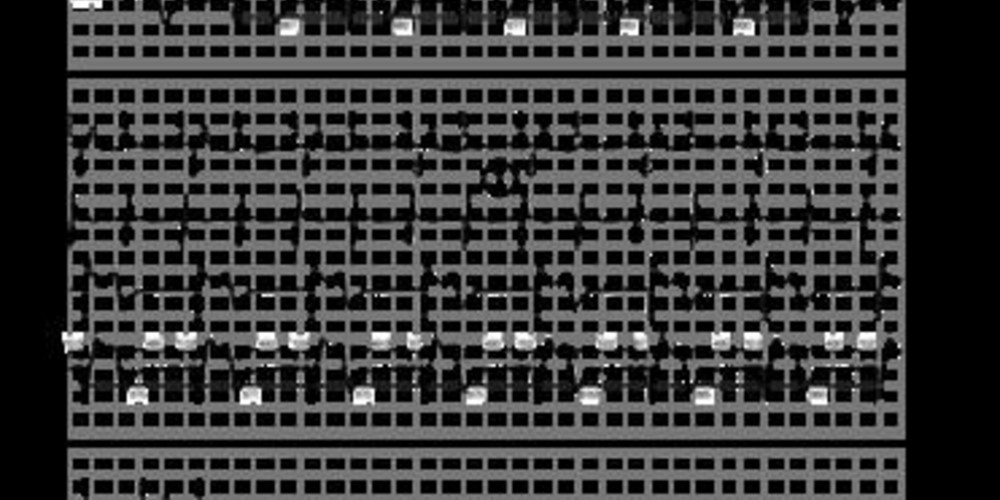 Tracing 15a: a bicycle exercise test is hence performed; the pacing thresholds for the three leads are excellent; the programming returns to a maximal tracking rate of 190 beats per minute, an adaptable AV delay (100-70 ms) and a PVARP programmed to Auto (minimum value 200 ms); this patient reaches 300 watts with a steady and appropriate increase in heart rate and 100% of AS-BV intervals (atrial sensing, biventricular pacing); during recovery, the patient experiences his usual symptoms with recording on the electrocardiogram of a 2/1 block pattern and sudden drop in heart rate which is divided by half (from 132 bpm to 66 bpm); pacemaker interrogation is carried out 15 minutes later with persistence of a 2/1 block on the electrocardiogram;

This clinical case illustrates an unusual cause of the triggering of a 2/1 block with exercise but more importantly the prolonged maintenance of this phenomenon due to the specificities of the automatic PVARP function. Different causes should be investigated in the presence of a sudden drop in heart rate during exercise in a resynchronized pacemaker-dependent patient: very unlikely loss of capture of the 2 leads, atrial undersensing which is probably the most frequent cause and 2/1 conduction due to a total atrial refractory period that is too long. This clinical case highlights a rarer cause of rate drop with exercise: oversensing by the right ventricular lead with double counting of the R wave and/or oversensing of the T-wave probably favored by the implantation of a sewn epicardial bipolar lead (greater spacing between the electrodes). In this patient, the oversensing initiates the problem which is maintained for several minutes due to the programming of the automatic PVARP. The duration of the PRAPV is adjusted according to the heart rate: namely, a long PVARP when the rate is slow in order to reduce the risk of PMT, and a shortening thereof when the rate accelerates to push back the 2/1 point. The device calculates the heart rate from the median of the last 12 ventricular cycles. The oversensing generates a sudden drop in ventricular rate and hence an increase in the PVARP while the sinus rhythm remains rapid explaining the persistence of the phenomenon of 2/1 block even after discontinuation of the oversensing. The non-adaptability of the cardiac output also produces a prolonged sinus tachycardia which sustains the phenomenon, thereby explaining the persistence of the 2/1 block for several minutes after ending the exercise.
The deprogramming of the Auto PVARP as well as decreasing ventricular sensitivity allowed solving the problem of the initiation (oversensing) and maintenance (Auto PVARP auto) of the 2/1 block. The programming of a shorter PVARP can be achieved in this pacemaker-dependent patient, without anterograde or retrograde conduction, and without increasing the risk of PMT. 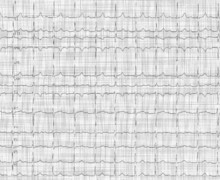 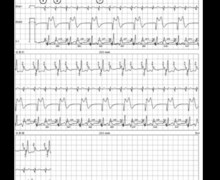 2:1 Block and Wenckebach behavior during exercise 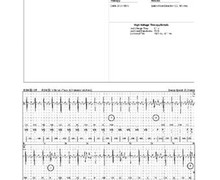 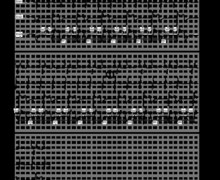