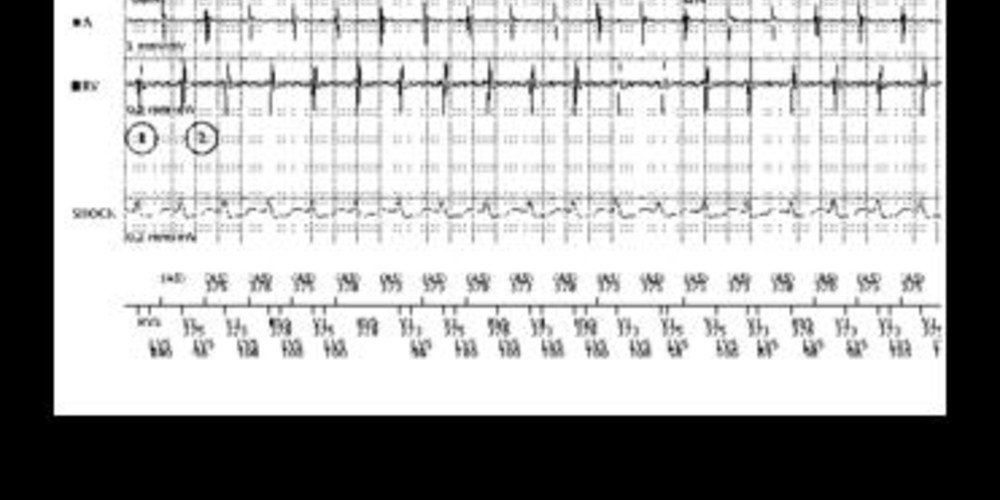 This 76-year-old man underwent implantation of a Cognis triple chamber defibrillator for primary prevention, in the context of ischemic cardiomyopathy with wide QRS complex. He was seen for a routine follow-up visit.

Episode diagnosed in the VT zone with atrial rate = ventricular rate; the programmed discriminator was Onset/Stability.

In this patient, a) the VT zone could be raised to avoid an overlap between the diagnostic zone and the zones of the clinical atrial tachycardia, or b) a discrimination based on Rhythm ID could be given priority. 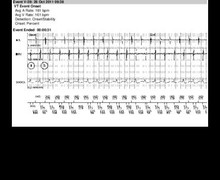