Syncope and oversensing of diaphragmatic myopotentials

This 82-year-old man received a Boston Science dual chamber defibrillator in the context of ischemic cardiomyopathy (RV integrated bipolar lead placed at the RV apex); he had undergone His bundle ablation for multiple, poorly tolerated episodes of paroxysmal atrial fibrillation with a rapid ventricular rate. He was seen after an episode of syncope followed by an electrical shock. 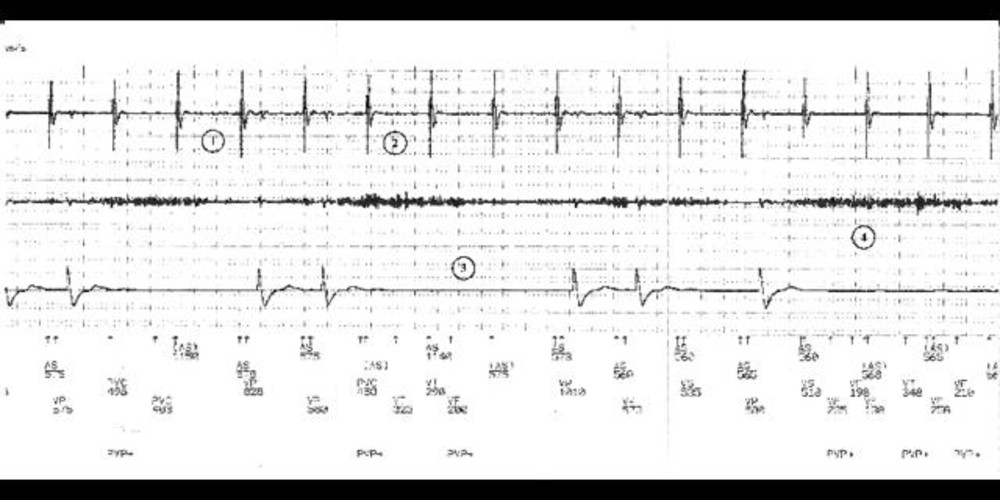 Oversensing of diaphragmatic myopotentials is suggested by the presence of low-amplitude signals, best visible at the level of the sensing channel and often absent at the level of the high-voltage channel. Oversensing occurs most often after a long diastole or a ventricular paced event, when gain and sensitivity are maximum. It is more likely in recipients of integrated bipolar lead (the sensing anode is the defibrillation electrode of the lead) implanted at the RV apex. In this pacemaker-dependent patient, ventricular pacing was followed by prolonged oversensing that inhibited pacing and caused syncope. The programming choices consisted of lowering the ventricular sensitivity and/or increasing the back up rate. Since this did not eliminate oversensing, a sensing/pacing lead was implanted in the septum, after verification of patency of the access veins, which solved the problem. In this elderly patient, this choice was preferred over a potentially risky extraction of the existing defibrillation lead. Had the patient been very young, the lead would probably have been extracted and replaced. 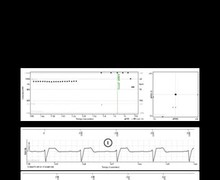 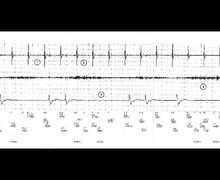