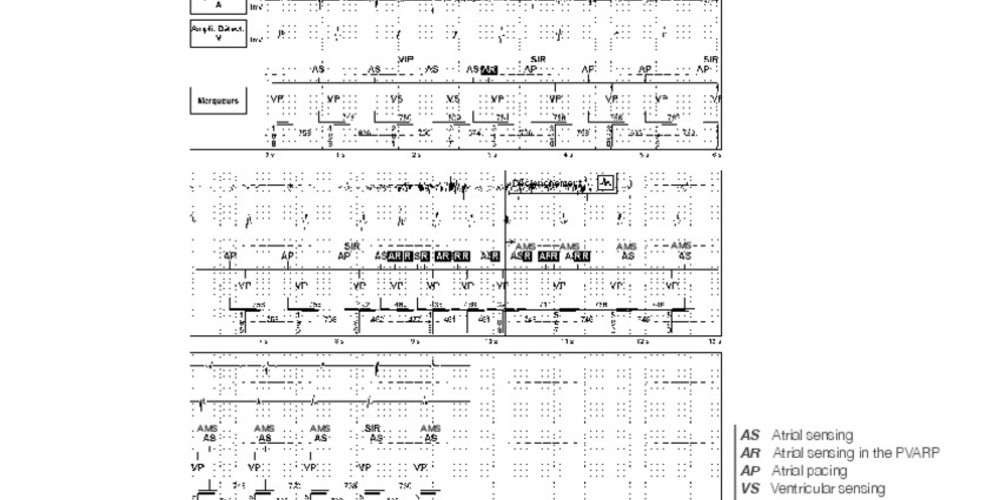 Oversensing of a very fast, disorganized, non-physiological signal at the level of the atrial lead; accelerated ventricular pacing before the occurrence of fallback; fallback to DDIR mode (AMS) with loss of atrioventricular synchrony (not followed by intrinsic atrial activities). 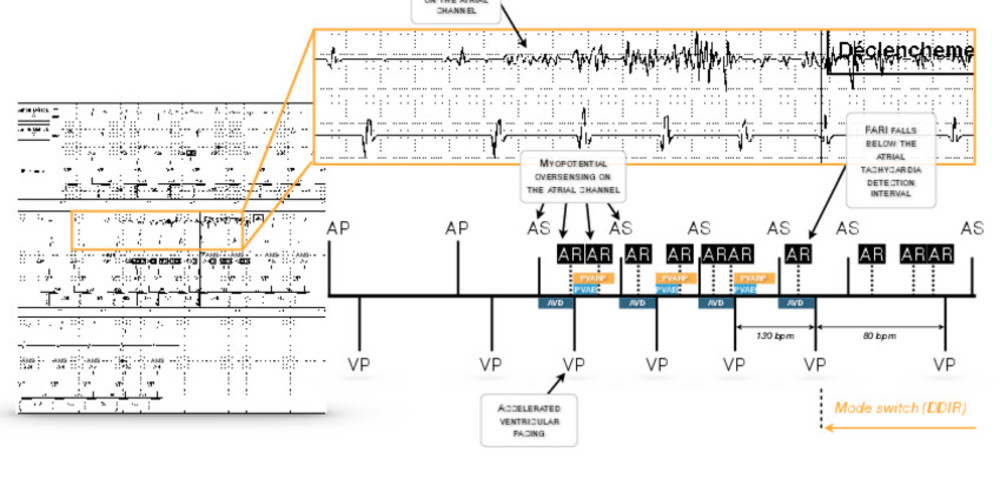 Both of these patients presented an oversensing of myopotentials at the level of the atrial lead (first patient) or ventricular lead (second patient) responsible for multiple episodes of AMS or HVR. The oversensing was reproducible through counter maneuvers.

Oversensing of pectoral myopotentials was relatively common in patients implanted with a pacemaker operating in unipolar mode and could result in inhibition of pacing and syncope in pacemaker-dependent patients. The programming of triggered modes (AAT, VVT, DDT) could be proposed in this setting in order to avoid the occurrence of significant pauses. When sensing is programmed in bipolar mode, given that the can is positioned in the pocket near the pectoral muscles and thus not part of the sensing circuit, the pectoral myopotentials should not therefore induce any oversensing. On the other hand, in the presence of an insulation break (typically an erosion leading to current leakage) at the pocket portion of the lead (friction between the pulse generator and the lead), the sensing channel can then oversense the pectoral myopotentials which can cause inhibition of pacing and lead to false diagnoses of VT (HVR) or AF (AMS) depending on the lead. Analysis of the EGMs reveal, in this setting, the presence of very fast (high frequency), non-physiological signals. The oversensing can be replicated by isometric movements of the arm ipsilateral to the can or by manipulation of the lead in the pocket.

Upon suspicion of pectoral myopotential oversensing, a chest x-ray must be performed along with a complete control verification of the device (impedance values, pacing and sensing thresholds). The presence of an abnormally low pacing impedance value or a sharp decrease in this value is suggestive of an insulation break. If the episodes multiply and the patient is furthermore pacemaker-dependent, a lead change can be proposed.

Myopotential oversensing is evoked when there is evidence of high frequency, disorganized, low-amplitude signals. Diaphragmatic myopotentials can be replicated by specific maneuvers (deep inspiration, Vasalva, forced cough) while their amplitude varies with the respiratory cycle. The oversensing of pectoral myopotentials can be replicated by isometric movements of the arm ipsilateral to the can or by manipulation of the lead in the pocket. 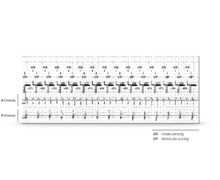 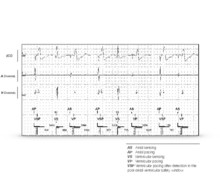 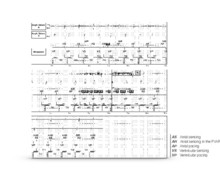 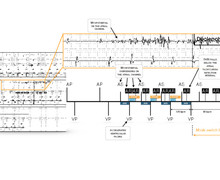