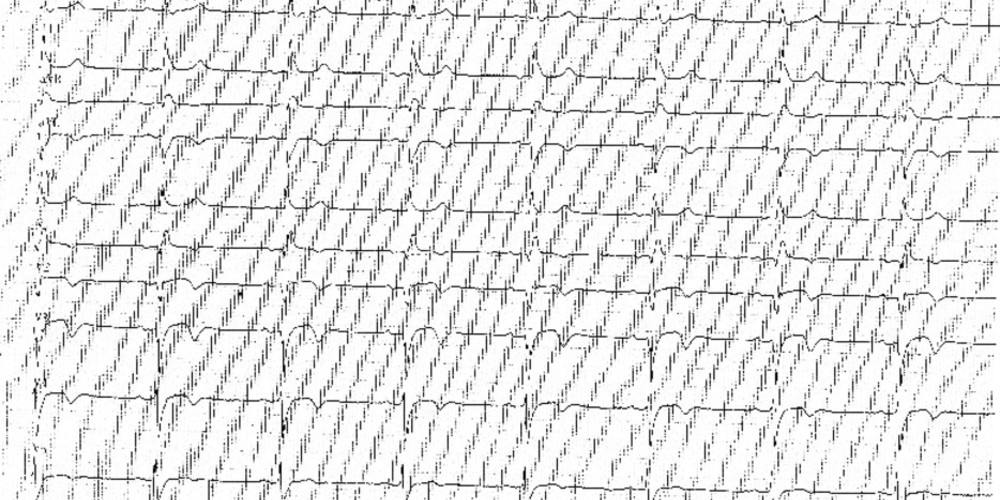 This patient presented with anteroseptoapical necrosis with the presence of an anteroapical aneurysmal pouch at cardiac ultrasound. Following an acute coronary syndrome, the ST-segment generally returns to the isoelectric line after about 2 weeks, while the Q-waves persist and the T-waves flatten, becoming inverted and subsequently normalize. A certain degree of elevation may persist on the long-term mainly in patients with anterior infarction, especially when the reperfusion has been incomplete or late and the sequela is transmural, or more rarely in patients with inferior infarction. In some instances, ultrasound reveals a sequela of extensive necrosis associated with the presence of an aneurysmal pouch with a narrowed wall and dyskinetic movements which can be complicated by a wall thrombus with high emboligenic risk.

The electrical characteristic of a left ventricular aneurysm has been ultimately defined by anatomo-clinical and angiographic confrontations. It comprises persistent abnormalities of ventricular repolarization associated with a sequela of necrosis. We consequently find: 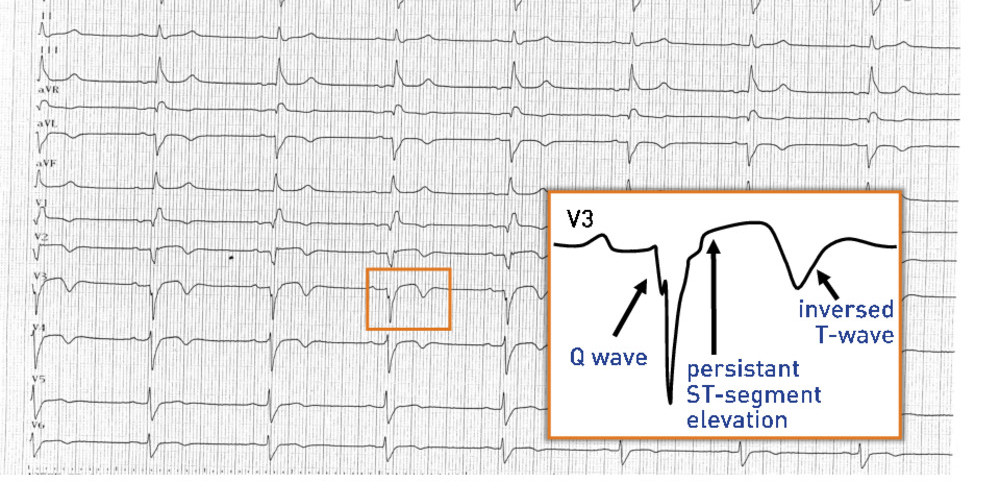