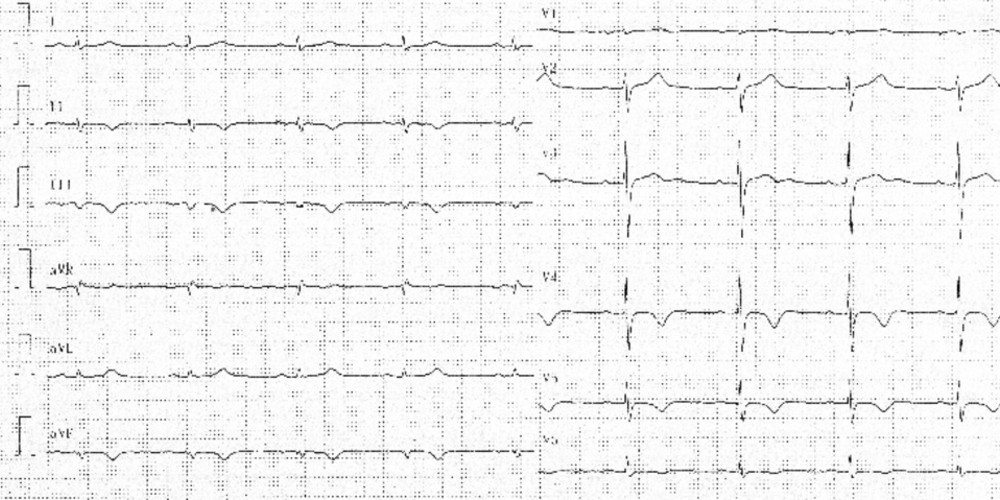 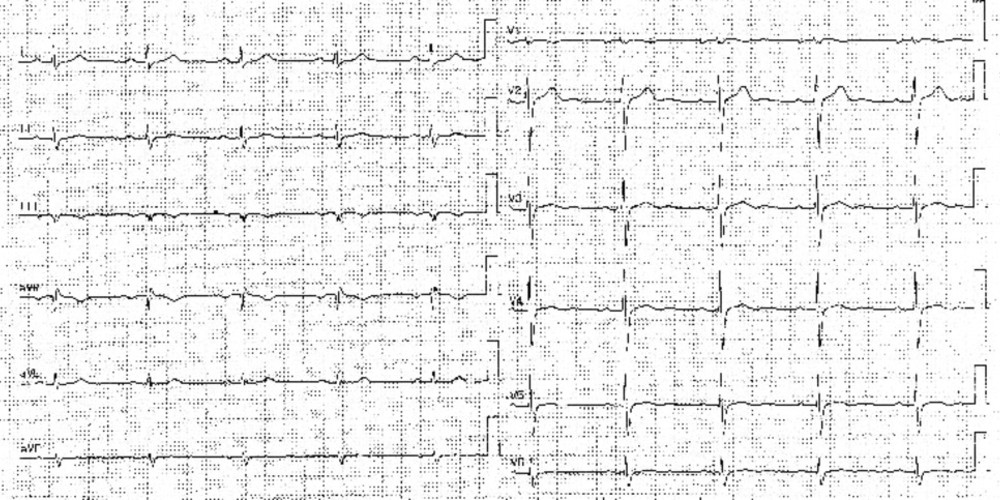 The coronary angiography performed in this patient showed the presence of a severe stenosis of the right coronary artery.

The electrocardiogram of a subepicardial ischemia is characterized by the presence of negative, symmetrical and peaked T-waves of «ischemic» appearance in several leads corresponding to a given myocardial territory. The symmetrical and peaked pattern is more frequently observed when the T-waves are deep. The pattern is all the more indicative of ischemia in the presence of a pronounced inversion (> 5 mm), a biphasic T-wave, the presence of a necrosis Q-wave, a modification of the ST-segment (elevation or depression, linear ST), an elongated QT interval or a pathological U wave, and in the absence of electrical signs pointing to a heart disease of other origin (hypertrophic cardiomyopathy). The T-wave inversion may be dynamic, appearing only during pain and regressing spontaneously or after administration of nitroglycerine puffs. 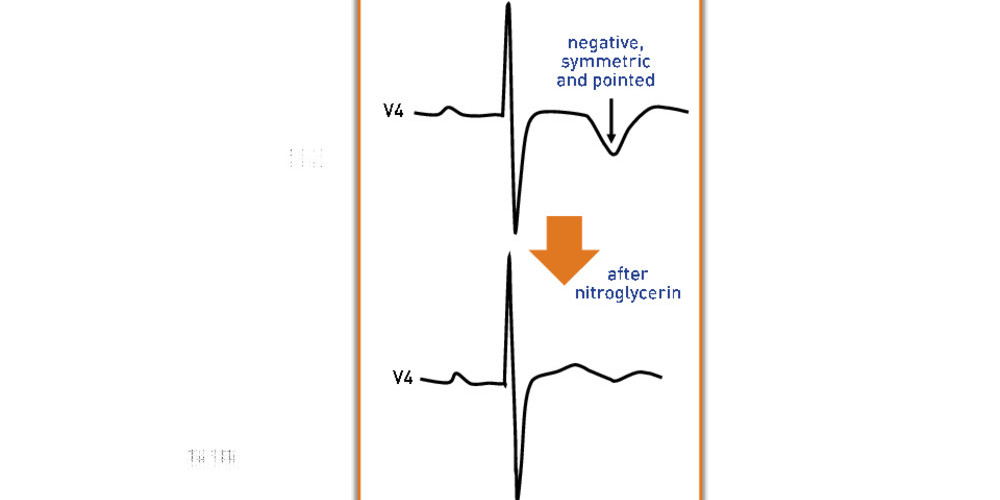