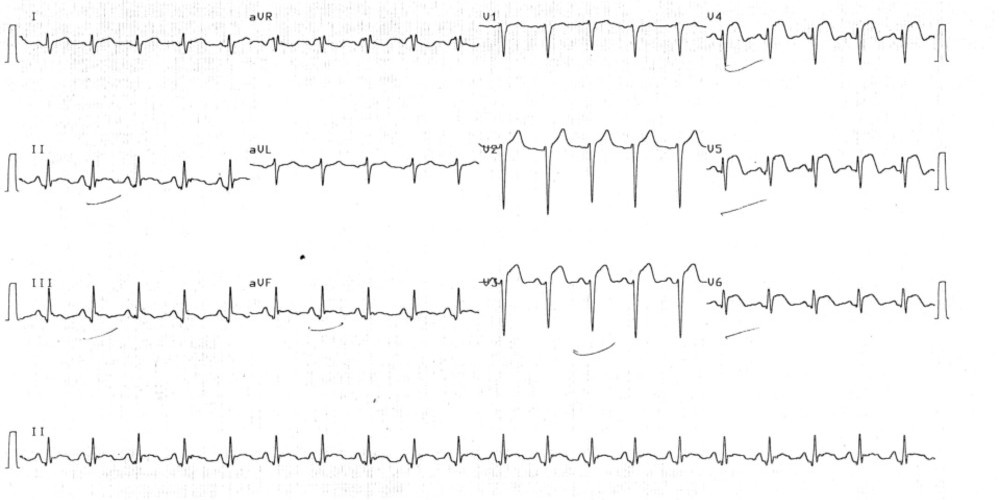 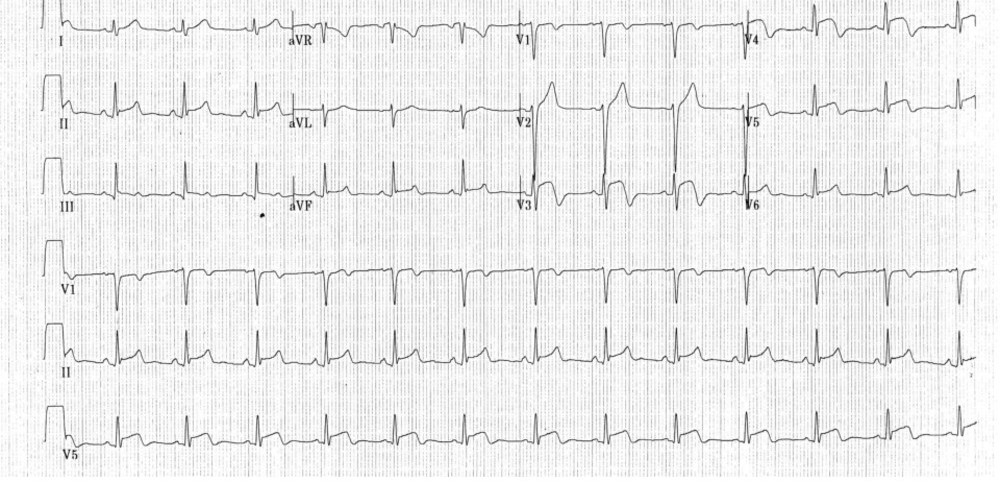 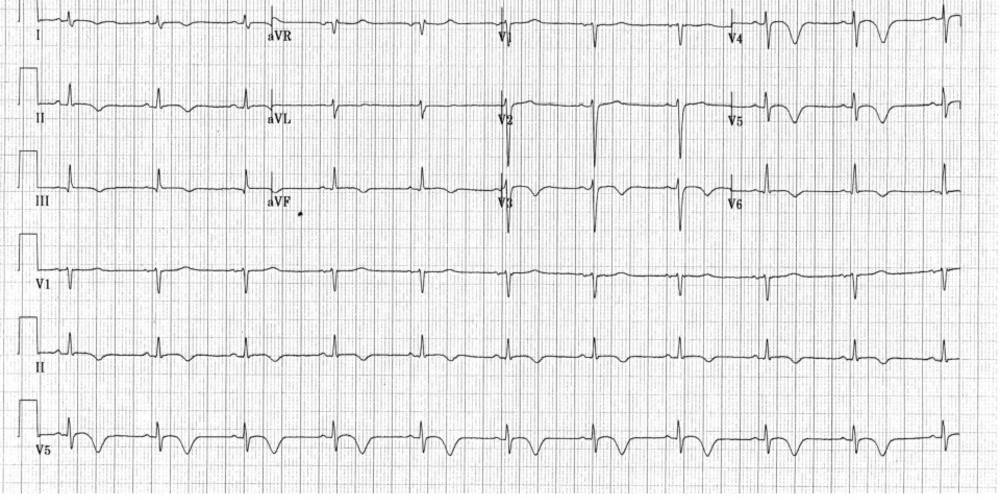 Wegener's granulomatosis is a necrotizing and granulomatous vasculitis of small vessels with preferential involvement of the respiratory tract. Cardiac involvement is less common with polymorphic clinical presentations. This patient had an episode of relatively severe myopericarditis.

Myopericarditis corresponds to a more or less diffuse inflammation of the myocardium and pericardium with evidence of segmental kinetic disorders and/or an increase in troponin (myocarditis) and clinical, electrocardiographic or ultrasound signs of pericarditis. Although MRI is now the reference diagnostic technique, the electrocardiogram is most often abnormal and allows highlighting the association between signs indicative of pericardial inflammation (transient diffuse atrial and ventricular repolarization abnormalities) and myocardial disease (more localized repolarization abnormalities).

As in the case of pericarditis, it is standard practice to divide the electrocardiographic evolution into 4 phases (ST-segment elevation, isoelectric ST-segment with T-wave flattening, T-wave inversion, normalization), even if the evidencing of this typical sequence is documented in less than half of patients with myopericarditis.

Epigraph
The electrocardiogram of myopericarditis combines characteristic signs of myocardial inflammation and signs of pericardial inflammation. The latter (PQ segment depression, diffuse transient ST-segment elevation, negative T-waves in a second instance) are generally predominant. The electrocardiographic pattern of myopericarditis often resembles that of myocarditis, the presence of Q-waves, however, potentially suggesting a myocardial involvement. 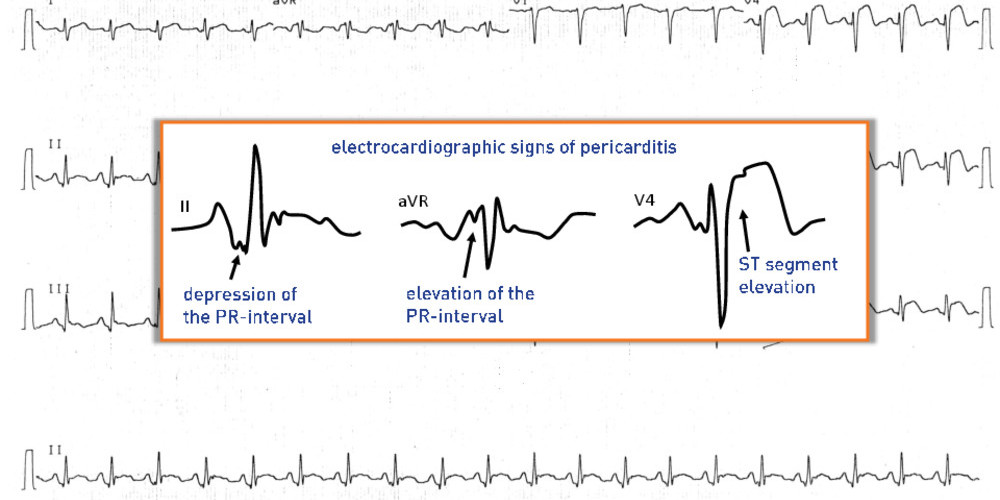