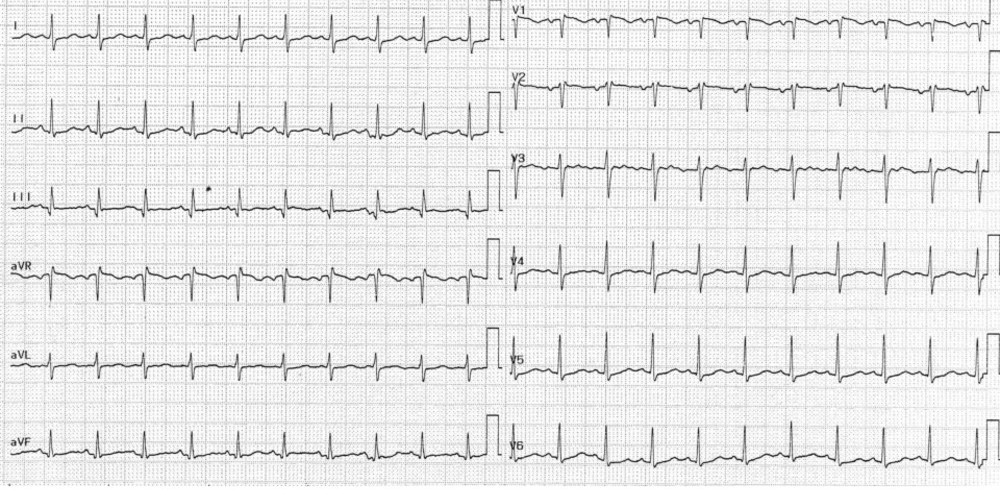 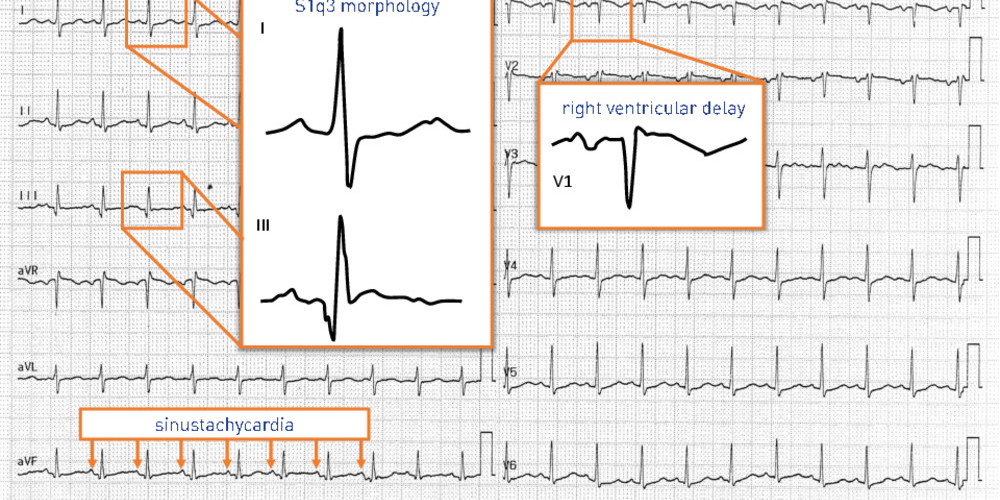 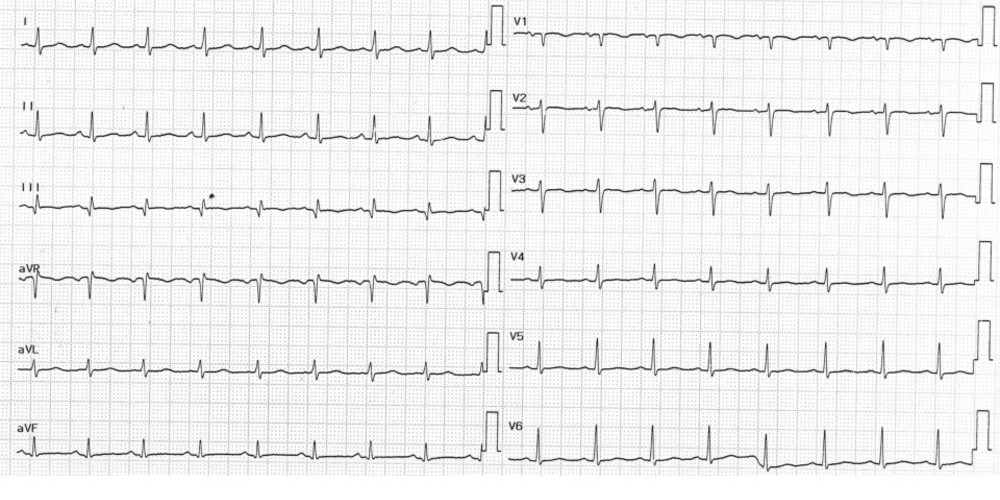 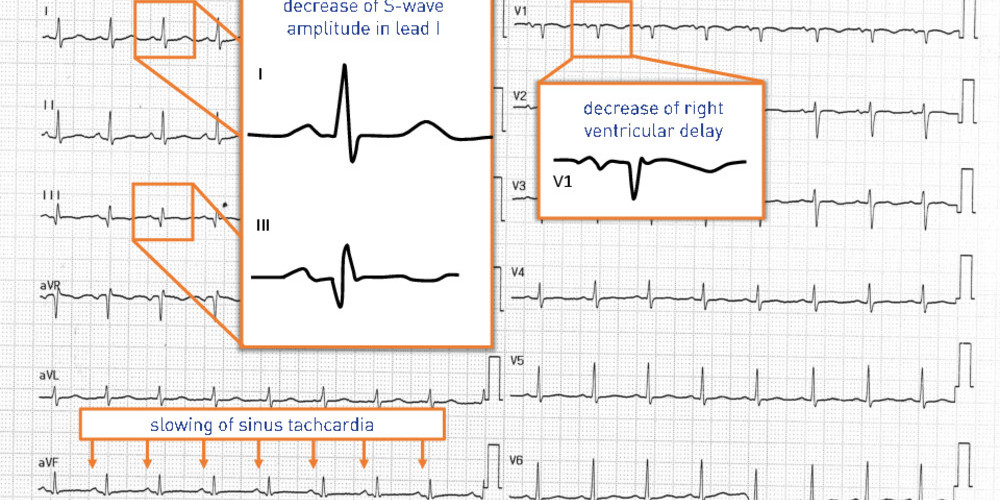 Pulmonary embolism is defined by the abrupt closure, total or partial, of one or more branches of the pulmonary artery, in general by a fibrinocruoric thrombus. This is a frequent, serious, life-threatening condition, yet often undiagnosed because of the polymorphism of clinical signs. In this young patient followed for lupus and an antiphospholipid antibody syndrome, the diagnosis of pulmonary embolism was likely, given the evocative symptomatology; the angioscanner confirmed the presence of a pulmonary embolism without signs of severity.

A pulmonary embolism is accompanied by a sudden systolic overload of the right ventricle caused by pulmonary artery occlusion. The resulting electrical abnormalities vary depending on the territory, of previous histories of embolism, the size of the thrombus, and the degree of obstruction. When the pulmonary embolism is not massive, the electrocardiogram is often normal and the changes may be limited to a few discrete signs or subtle changes from a previously recorded tracing with, in decreasing order of frequency, tachycardia, T-wave inversions in right precordial leads or in lead III, S1Q3 pattern and right axis deviation), displacement to the left of the transition, right conduction delay. Just as the nature of the electrical alterations, evolution over time can also be evocative: the S1Q3 pattern usually appears in the first 24 hours and disappears within a few days whereas the T-wave inversions in the right precordial leads are observed later but only regress after one to several weeks.

Epigraph
The electrocardiogram is not the best diagnostic tool for pulmonary embolism. Indeed, the electrical signs are not very sensitive since only one quarter of the patients (often in the severe forms) present a truly characteristic electrocardiogram. Each abnormality taken individually also has a low specificity, with the distinction between normal and pathological pathways often made on the basis of a comparison with previous or later tracings and searching for a compatible clinical right ventricular overload.