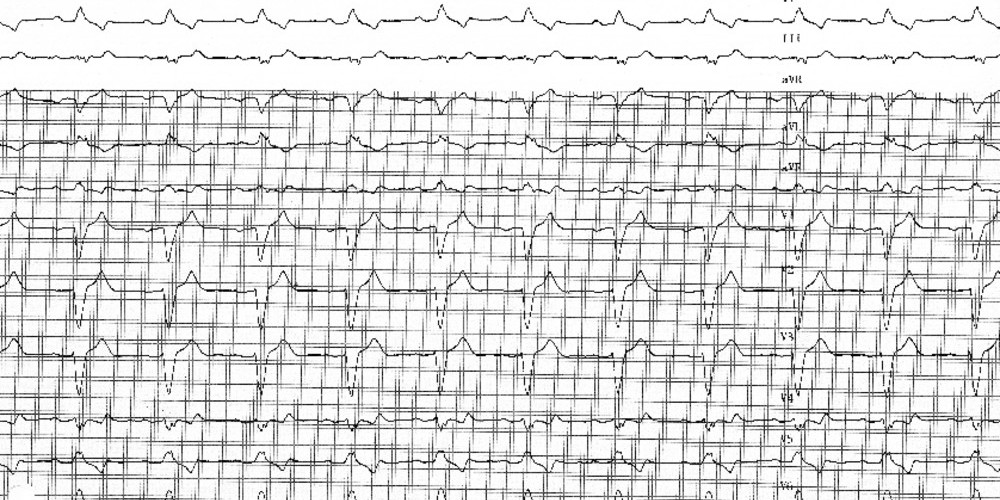 QRS axis is variable: it can be normal or deviated to the left. The presence of a left bundle branch block renders the diagnosis of infarction or ventricular hypertrophy difficult. 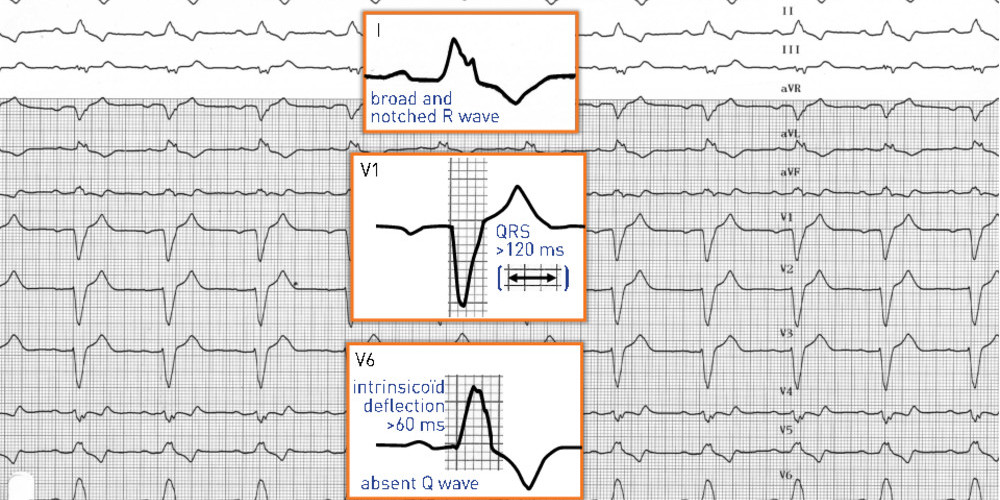