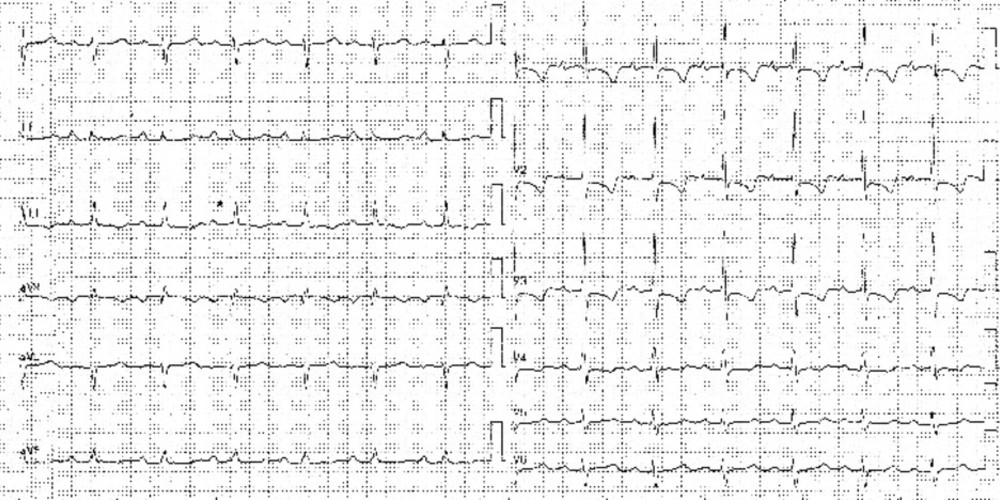 The detection of right ventricular hypertrophy by ECG has a poor sensitivity; indeed, mild to moderate hypertrophy may or may not change the electrical pattern, with abnormalities only becoming characteristic when the left/right ventricle weight ratio is in the vicinity of 1.

Conversely, the specificity is high only if several deformations are present; indeed, each criterion taken individually lacks specificity and can be observed in various diseases.
In the right precordial leads, one can observe:

In the left precordial leads, one can observe:

In the limb leads, one can observe:

The following arguments suggest a right ventricular hypertrophy in infants: 1) R wave in V1 greater than 20 mm and no S wave, 2) right axis deviation exceeding 120°, 3) repolarization disorders extending to V4, V5. The greater the number of parameters, the more likely the diagnosis.

Similarly, the distinction between dilatation and hypertrophy of the right ventricle can be difficult especially since they are often associated. Schematically, when the pressure is elevated (hypertrophy) there is essentially an increase in amplitude in the right precordial leads; when dilatation is predominant, large positive deflections can extend up to V4, V5 with presence of repolarization disorders. 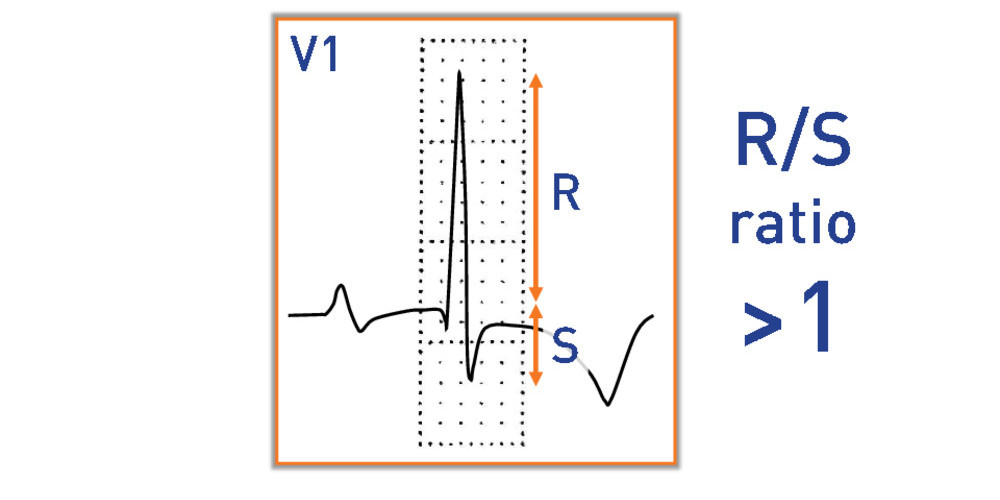 Epigraph
The diagnosis of right ventricular hypertrophy is based on the combined presence of signs present in limb leads and in precordial leads: QRS axis deviation to the right, decreased Lewis index and a particular pattern in right-sided precordial leads (tall R wave, R/S ratio> 1).