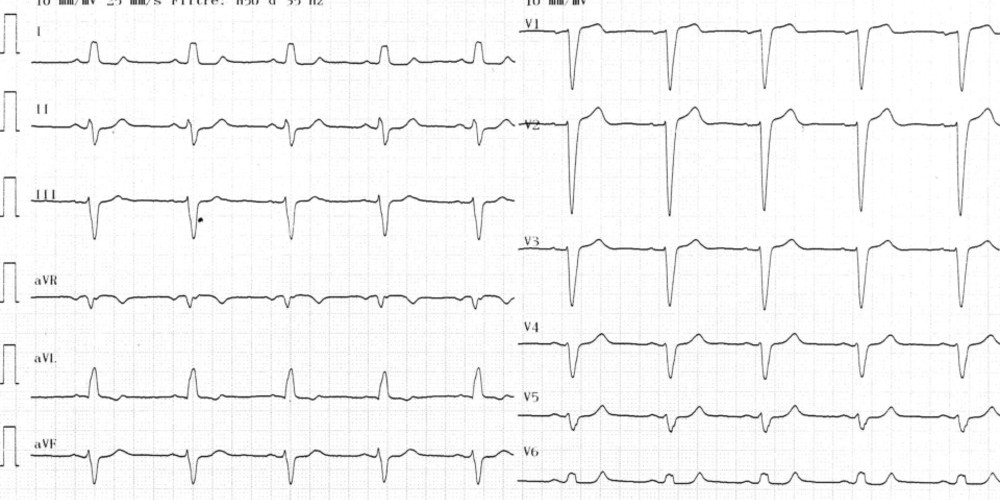 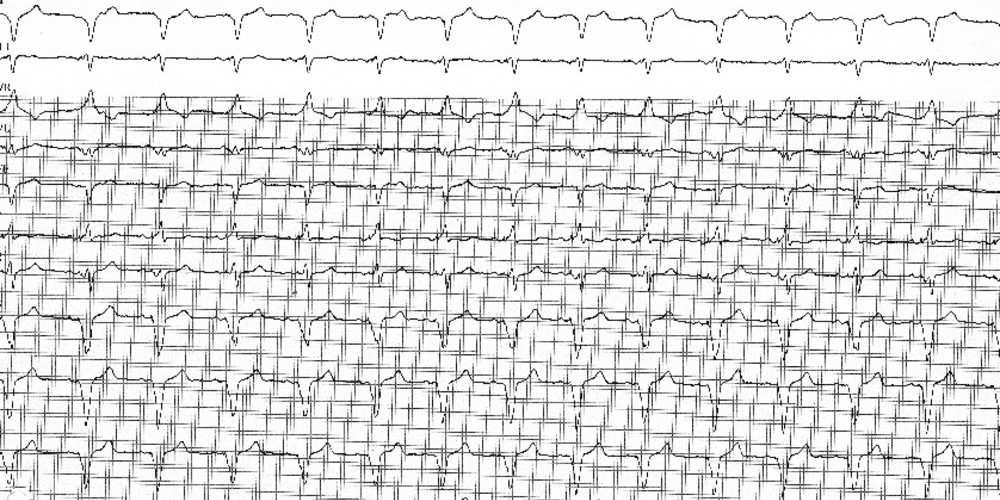 The normal axis is located between - 30 and + 90° (wide variability depending on the patient). The heart is said to be horizontal when the axis is between 0 and -30° and vertical when it is between 60 and 90°; the axis approaches vertical for slim subjects (tall and thin) and horizontal for stocky subjects (short and overweight) or older. A deviation beyond -30° is considered a left axis deviation and beyond 90° as a right axis deviation (or 110° depending on the definitions). 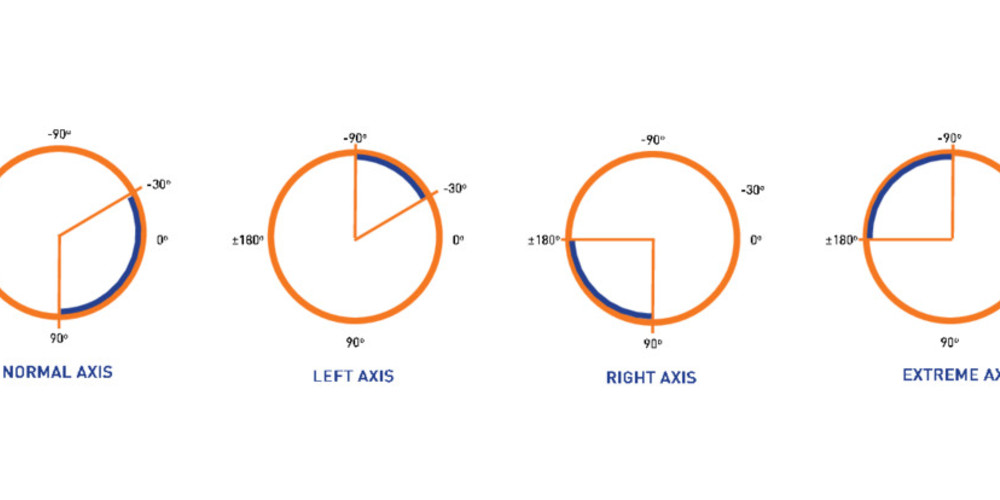