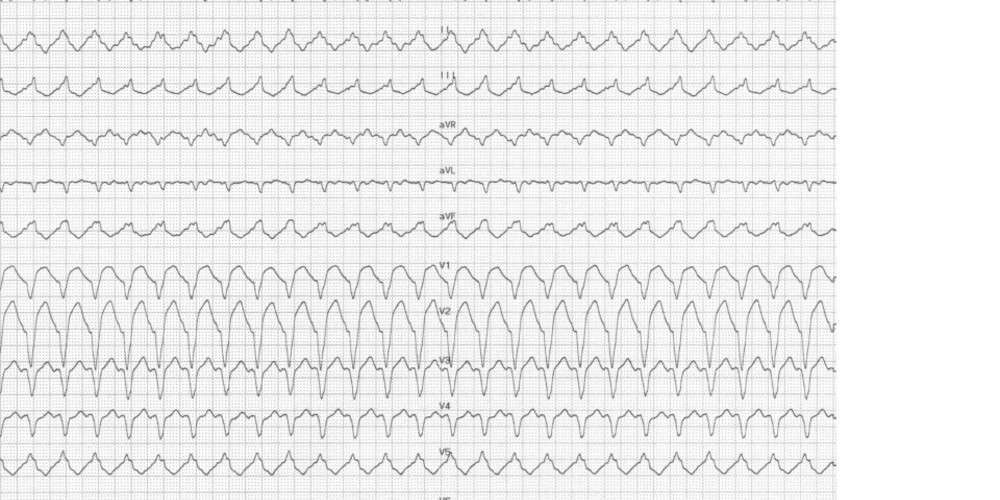 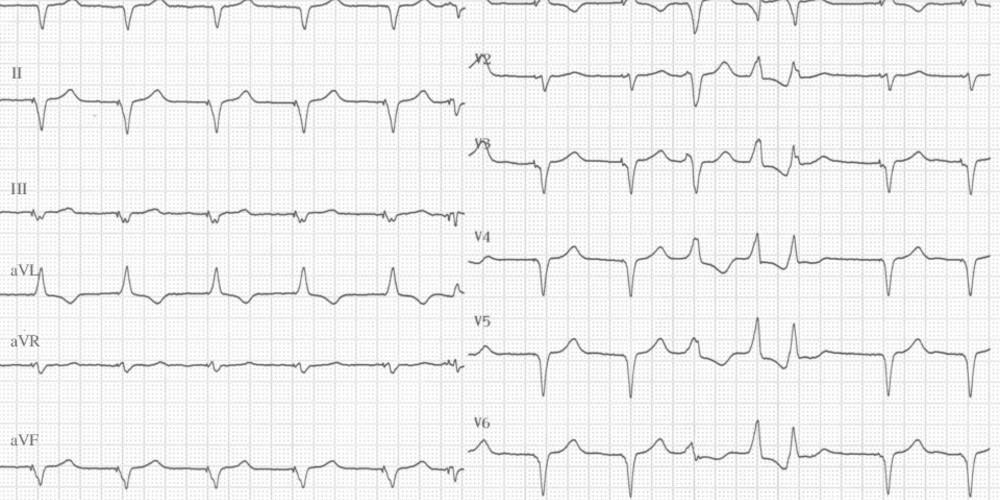 Branch-to-branch reentry is a ventricular tachycardia resulting from a macro-reentry between the two branches. This type of tachycardia represents a significant percentage (in the order of 20 to 40%) of ventricular tachycardias observed in patients with idiopathic non-ischemic cardiomyopathy. A number of cases have also been described in the context of valvular or ischemic cardiomyopathies, in patients with myotonia and in some patients without cardiac disease. The occurrence of near-syncope, syncope or sudden death is frequent as the tachycardia is often rapid and occurs in myocardial alterations. The right branch constitutes the anterograde pathway in the majority of cases, one of the fascicles (anterior or posterior) of the left branch constituting the retrograde pathway thus explaining the left bundle branch block pattern. The reverse circuit (right bundle branch block pattern) is a rarer occurrence.  The initiation of reentry occurs when a premature atrial or ventricular complex is blocked in one of the branches, conducted in the other in anterograde direction and then penetrates the initially blocked branch in a retrograde manner inducing a sustained reentrant tachycardia. The sinus rhythm electrocardiogram frequently reveals a first-degree atrioventricular block, an aspecific distal conduction disorder, infrequently with a left bundle branch block. The prerequisite for the occurrence of branch-to-branch reentry is the presence of a conduction delay in the His-Purkinje system resulting in the measurement of a prolonged HV interval (80 ms on average). In this patient, ablation of the atrioventricular node does not allow analyzing the spontaneous ventricular activation sequence. Antiarrhythmic treatments are rarely effective in this setting. Removal of the right branch often solves the problem, even if an implantable defibrillator remains indicated due to left ventricular dysfunction. 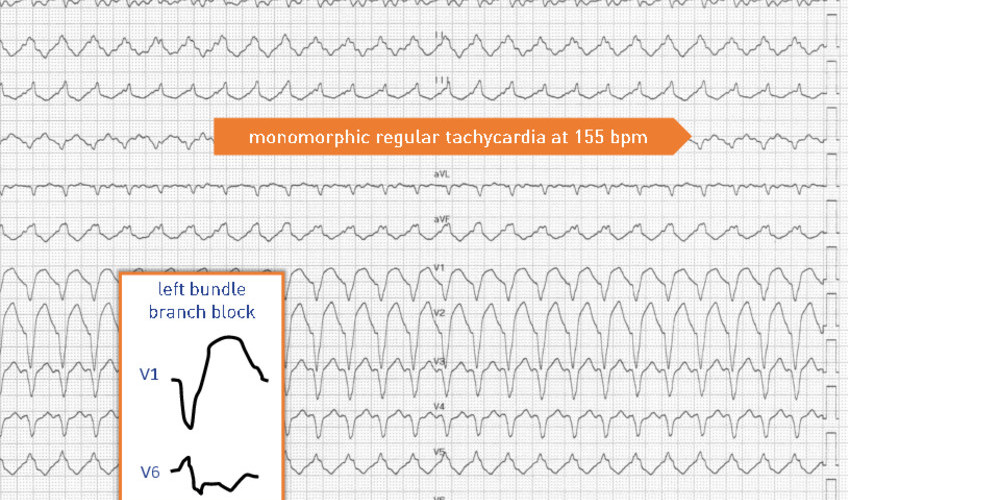